A beginner’s guide to creatine 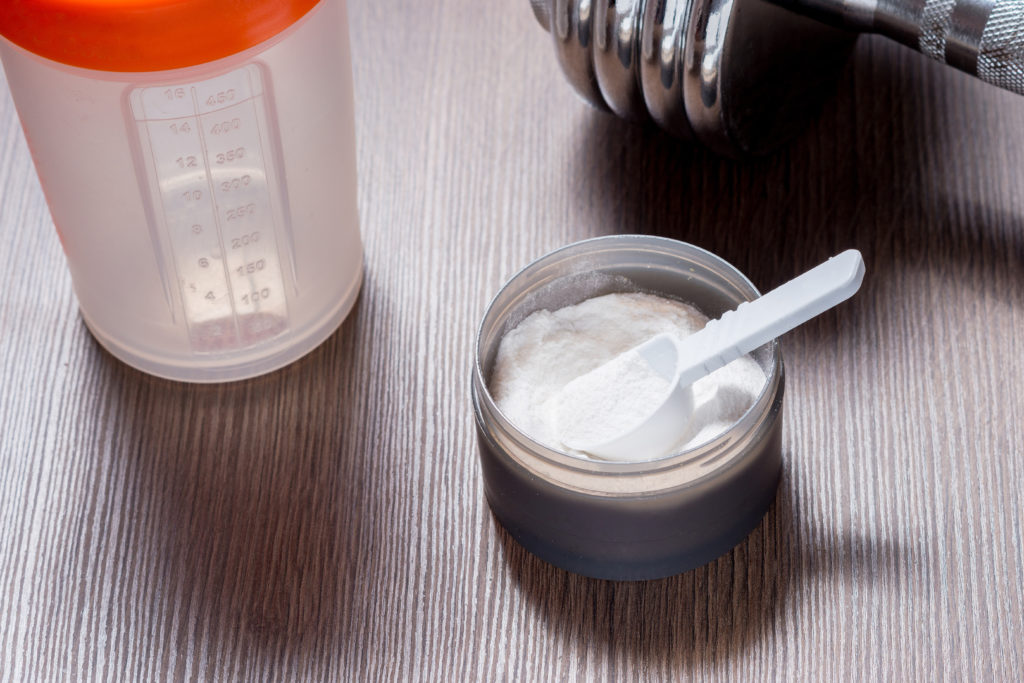 Simply, Creatine is an amino acid (building block of protein) that is found in foods such as beef, red meat, and fish. It is also produced naturally in the human body, primarily by the liver and kidneys, while a small amount is produced in the pancreas. It is synthesized by the amino acids arginine, glycine, and methionine.

Ok, lets dummy this down a wee bit. Remember when you were younger and you would put your hand in wet cement to make an imprint? Think of creatine phosphate and ADP (our substrates) as your left and right hands, and the creatine kinase (our enzyme) as the wet cement. The enzyme is waiting to change, but is just waiting for the correct attachment. Once your hands (the substrates) come into contact with our wet cement (enzyme) the wet cement now forms a perfect mold for your hands to fit into (or bind). You are now able to continue to put your left and right hand in and out of the mold continuously with a perfect fit. However, if I were to come and try to put my hands (a different type of substrate) into your mold, it would not be able to fit.

Now that the enzyme creatine kinase has successfully lowered our activation energy (Ea) and brought our creatine phosphate and ADP together, a reaction can take place. The phosphate group from the creatine molecule will now transfer to the ADP, forming our product of ATP (Adenosine Triphosphate) and creatine. ATP is a major substance used as a source to provide the necessary energy for muscular contractions.

So, Now I Feel Sorry For My Colleagues In Undergrad Who Had to Take Biochemistry… But What Does This Have to Do With Me Building Muscle?

Well sorry to say, but we’ve got a bit more science to cover before we get down to the “pick things up and put things down” basics of bro science! Metabolism. (“you mean that thing that my mother always said to watch out for because one day it would catch up to me?”) Yeah, kinda…

The main portion of metabolism we’re going to focus on is the Phosphagen system, otherwise known as the ATP-PC system. Which, in turn, is short for the Adenosine triphosphate-phosphocreatine system. The ATP-PC system takes stored creatine phosphate from the muscle and donates the phosphate to ADP (2 Phosphates) to produce ATP (3 Phosphates). The ATP is then used for muscle contractions. The ATP-PC system is an anaerobic system (doesn’t need oxygen to function). It is the main source of energy for short duration, high intensity exercise lasting approximately 10 seconds.

So, how does this apply to me?

Ok, so now can we please be done with the science and get down to which type of creatine I should take to get my lifts up?

I’m glad you asked! Let’s get to work on the top two creatine supplements on the market today: Creatine Monohydrate and Creatine HCl (Hydrochloride). Creatine HCl, or Creatine ethyl ester, is creatine that has undergone esterification. The argument by the manufacturers of creatine HCl is that the esterification of the creatine allows for it to be a more stable product due to its increased solubility and absorption rate.

In 2017, a highly-touted research article published by the Journal of the International Society of Sports Nutrition, Spillane et al. studied the effects of creatine ethyl ester in combination with resistance training on muscle performance, skeletal muscle concentration, and body composition. The study consisted of three groups: a placebo group, a creatine ethyl ester group, and a creatine monohydrate group. The study lasted for seven weeks in which each group was given an initial oral loading dosage of .30 g/kg of fat-free body mass, followed by a maintenance dosage of .075 g/kg of fat-free body mass.

When combined with resistance training, the study concluded that creatine ethyl ester was not nearly as effective as creatine monohydrate in increasing the amount of creatine stores in the skeletal muscle, improving body composition, improving muscle mass, improving power output and improving strength…! (This is great news for those of us with a thin wallet! Creatine monohydrate sells for as low as $10 for 80 servings, while creatine HCl is roughly $20 per 75 servings…)

Dosage and Intake for Athletes

Justin Schwartz is an Ex-Division 1 athlete turned nerd. Currently a Medical School applicant, Justin is finishing up a degree in Sport & Exercise Science from the University of Central Florida where he is also involved in The College of Sciences as a Teaching Assistant in Organic Chemistry.
Jdschwartz24@gmail.com