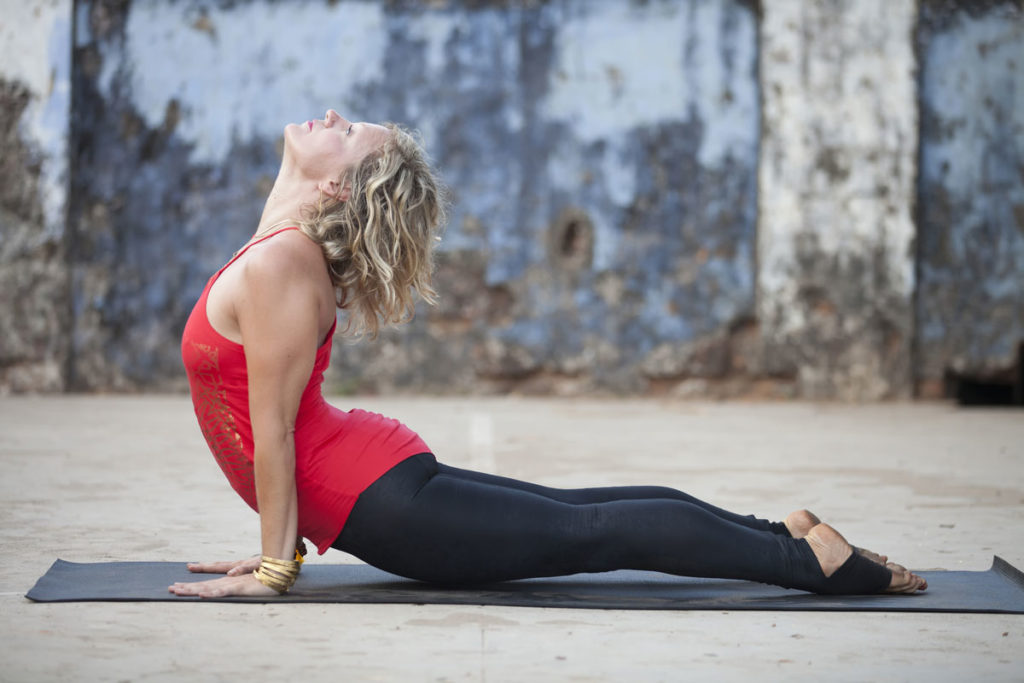 Anusara Yoga is an inspiring and heart oriented yoga.  Also grounded on Universal Principles of Alignment for the outer and inner body.  It is an exceptional, therapeutic way of Hatha Yoga.  Wherein the artistic expression of the heart mysteriously blends with biomechanics’ scientific principles.  John Friend established and formed Anusara Yoga.

The name Anusara is taken from a verse in Kularnava Tantra. Which means “flowing with grace”, “following your heart”, or “going with the flow”.  The verse reads in Sanskrit as “shakti-nipata-anusarena sishyo’anugraham-arhati”.  Which means, through walking into the stream of the divine grace’s descent into ones heart, a true seeker is made worthy and enclosed in the grace that nurtures and sustains their every action.

Anusara yoga was founded in 1997.  It is currently among the most well-known and rapidly growing yoga styles all around the globe.  With more than one-thousand-two-hundred affiliated teachers, as well as a hundred thousand students world-wide.  Classes can now be found all through the United States, Mexico, United Kingdom, Canada, Australia, Japan, and Europe.  It’s increasingly growing in a lot of other areas of the world.

Anusara yoga has also been drawing media attention internationally including a cover story in the Yoga Journal on 2004, U.S.’s national news.  As well as magazines and newspapers all through the United Kingdom, Europe, and North America.  Its remarkable popularity is largely owed to its uplifting philosophy, symbolized by a “celebration of the heart”, looking for the good in every person and every thing.

Accordingly, students with all stages of ability and experience of yoga are honored for the unique differences, talents, and limitations that they have.  This life-affirming dream places the foundation for yoga system where joy and harmony of tightly united community is reveled.  Anusara yoga is deemed as an elegant system of the principles of alignment and non-dual philosophy.  It is also a superb group of highly trained yoga teachers and high-spirited students.  Furthermore, the community feels its tightness of family connection, yet the laxity of a happy group of bohemian artists.

As a yoga community, it is well systemized and organized.  However, it still gives a strong emphasis on individuality and creative freedom.  In conclusion, Anusara yoga is bonded by everyone’s understood alliance to its spiritual principles of Anusara philosophy, like celebrating beauty in every diversity, honoring Divine creative freedom in every being, and truthfulness.