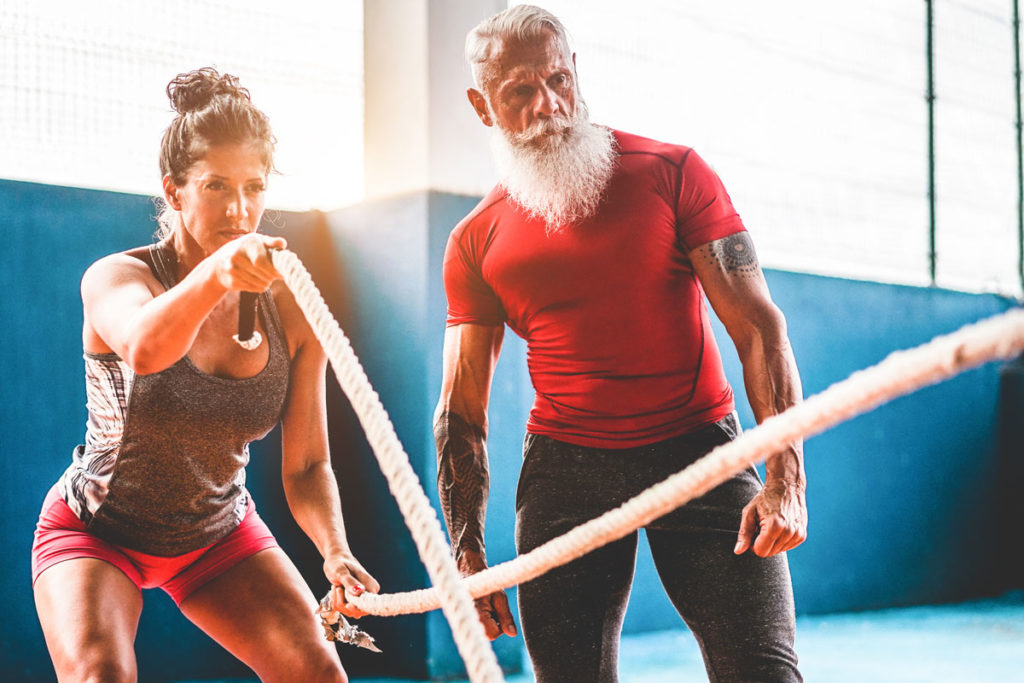 Due to health care education, more people, who are over forty, those born in 1946 to 1964, commonly known as the baby boomers, are realizing the benefits of taking up sports or exercising in a gym.

This is well and good since exercising regularly severely cut the risks of contracting aging and obesity related potentially killer diseases. Such as diabetes, heart diseases, stroke, some forms of cancers and many other diseases.

It is indeed heartening to know that more baby boomers are taking charge of their health through regularly exercise. Improving their cardiovascular health thus becoming fitter and stronger. However, with more middle aged people exercising and playing some form of sports, instances of injuries sustained from these activities have risen substantially.

In the United States, these gym or sports injuries have become the number 2 reason for people visiting the doctor’s office. Just behind the common cold, reported by the National Ambulatory Medical Care in 2003.

A Consumer Product Safety Commission research in 1998 found that sports related injuries to baby boomers had risen by 33 percent since 1991. And contributed to US$18.7 billion in medical costs.

Outdoor sports such as tennis, jogging and golf are very popular with people over forties. Not to be outdone, the more body conscious over forties baby boomers are also joining gym memberships in the multitudes.

Gyms all over the developed world are happily reporting booming new memberships year after year. With a large pool of their members being the over forty baby boomers brigade, male or female baby boomers irrespective.

As baby boomers get older, their susceptibility to sports injuries rise proportionately. As people age, their body degenerate along with the aging process. This degeneration process slows down with regular exercise.

This is particularly so for the risky weekend warriors who take to the running tracks or lifting weights to build their body with gusto during the weekend putting their aging bodies and joints to sudden busts of unaccustomed stressful activities, causing damages to their own bodies unknowingly.

What are the common baby boomers sports injuries? How to avoid them? Shoulder injuries
Common for those playing squash, tennis, badminton and lifting weights in the gym using wrong form and techniques.

Back injuries
A very common occurrence in the gym amongst baby boomer bodybuilder wannabes. Also a common injury for golfers who often have to swing their spine.

Knee injuries
For baby boomers who participate in sports with sudden movements and changes of directions such as squash and soccer.

How to avoid the risks of sports injuries for the over forties?

This is largely common sense which most people know but few do it regularly as part of their exercise routine in so doing, risking injuries which can be avoided.

Thorough warm of the muscles and joints which will be involved in the exercise or sport.

Stretching adequately and correctly. Many people stretch in the wrong manner which then may cause even more injuries.

Take the exercises or sports one step at a time. Then as endurance and strength build up over time, you can then increase the intensity of the sport or the exercise.

Exercise regularly. Not just over the weekend. Your body may not be able to cope with the sudden outburst each weekend.

Hire a sports personal trainer who can tailor an exercise program suitable to your health condition. And guide you safely through the exercises.

So baby boomers, don’t become a victim of your exercises. You want to be fit and healthy. Not suffering from pain and despair from what could have been an enjoyable game of healthy sporting activity. Over 40s sports injuries can be avoided.

To Drink or Not To Drink – Alcohol And Exercise

The History of Muscle Beach – Part 2