If you were to ask any person on the street, what body part they remembered most about Arnold, they would say his “guns!” Everybody wants to know how to improve the look of their arms. Guys want them to be bigger. Women want them to be slender and toned. Arms, like abs, are at the forefront of most people’s minds because they look impressive. Arnold had great biceps, but is there a best bicep exercise? According to new research, there is a best bicep exercise that reigns supreme to all other bicep exercises. There are several variations of the bicep curl, but this article is going to show you the best bicep exercise you can do in the gym.

Incline Dumbbell Curl and Dumbbell Preacher Curl are two variations of the standard Dumbbell Biceps Curl, generally applied to optimize biceps brachii contribution for elbow flexion by fixing shoulder at a specific angle. The aim of this study is to identify changes in the neuromuscular activity of biceps brachii long head for Incline Dumbbell Curl, Dumbbell Preacher Curl and Dumbbell exercises, by taking into account the changes in load moment arm and muscle length elicited by each dumbbell curl protocol.

Here are the three dumbbell exercises that the researchers examined:

This study was sponsored by the American Counsel of Exercise, so hats off to the organization for funding this research. On the initial day of testing, researchers determined each subject’s one-repetition max (1 RM) for each of the following exercises:

Researchers applied two sets of electromyographic electrodes on the long and lateral heads of each subject’s triceps brachii (the back of the upper arm) to record real-time muscle activity. The exercises were completed in random order with a five-minute rest between each exercise to ensure proper muscle recovery. Subjects lifted 70 percent of their previously determined 1 RM for the bulk of exercises; body weight was used for the dips and triangle push-ups.

The number one exercise was the triangle push ups, followed by dips and dumbbell kickbacks.

Now that you know what exercises are the best at activating the biceps and triceps, here are a few other tips to increase your arm size.

Legendary bodybuilder Arnold Schwarzenegger mentioned in his book the Encyclopedia of Bodybuilding that once he had weak calves in his earlier years of bodybuilding and then he switched from training calves at the end of his workout to the beginning. Other bodybuilders have made substantial gains in arm growth by breaking their arm training up into two days to focus on biceps on one day and triceps on the other day. The Journal of Strength and Conditioning Research reports that exercise order has a definite impact on muscle growth.

Tom Platz used to recommend regular sets of 100 reps to stimulate muscle growth.  Researchers reported that when subject’s trained at 30% of a 1-RM and 90% of a 1-RM that both training protocols stimulated muscle protein synthesis but shockingly, the researchers reported that training with the lighter weight and more reps and volume led to greater increases in protein synthesis than training heavier.

Lee Haney was also eight-time Mr. Olympia but his workout philosophy was much different. Lee Haney trained by the motto of, “Stimulate, Don’t Annihilate.” Haney believed in using proper form and advocated, “Quality not Quantity.”

Haney and Coleman both won eight Olympias with very different training strategies. One trained extremely heavy while the other promoted high volume with lighter weights. Noteworthy is the research of Professor Fry back in 2004 which analyzed numerous studies on muscle growth of both type I and II fibers and found that there was a dose-dependent response to intensity (i.e. amount of weight lifted) and muscle growth. The data suggested that maximal hypertrophy occurs with loads from 80-95% 1RM. However, there appeared to be a range where most benefits were observed around 80-85 % maximal intensity or about 8-12 repetitions. Since this time, some studies have come out which suggest that muscle growth can occur with light weight as with the case of tourniquet training or training with low oxygen can trigger muscle growth.

A collection of studies published last year in the European Journal of Sports Science found substantial increases in muscle strength and hypertrophy following low-load training. However, the magnitude of increases were not as great as that associated with using heavier loads, and a trend for superior gains was in fact shown when lifting weights >65% 1RM. So that leaves the question if you want to pack on size, is it better to use a heavier weight like eight-time Mr. Olympia Ronnie Coleman or revert to the days of Haney where lighter weight with more of any emphasis on volume? A new study by one of the leading experts in the field of hypertrophy, Brad Schoenfeld has shed some light on this age-old question, and his finding may surprise you.

These findings indicate that both high-load resistance training and low-load resistance exercise training to failure can elicit significant increases in muscle hypertrophy among well-trained young men; however, high-load resistance training is superior for maximizing strength adaptations. In sum, this study is quite revolutionary because it shows that you can build muscle with high reps of 25-35 repetitions just as well as using a heavier weight with 8-12 repetitions, although strength gains were greater using heavier weights.

The primary take-home points from the study are as follows:

Gains in muscle mass are about the same regardless of repetition range provided training is carried out to muscle failure.

Muscle endurance is best obtained from the use of light loads

Add Size to Your Arms with

Back in the early 90’s, there was a book called Bigger Muscles in 42 Days by Dr. Elliot Darden. The book took a revolutionary approach to training by advocating that people needed to spend less time in the gym but more importantly to emphasize eccentric contractions. If you look at most people training in the gym lifting, they pay very little attention to the eccentric or lowering phase of the lift. Lowering the weight under control brings gravity into play in another fashion. During positive work or concentric contractions, muscle fibers are shortening. During negative work or eccentric contractions, the same fibers are lengthening. Although lifting and lowering may seem like a very simple process, the physiological differences to muscle adaption are much different.

In one study, researchers compared a concentric only strength training program to a concentric and eccentric program for five weeks. Subjects who performed the concentric/eccentric training had nearly twice the strength gains as those who only trained only with a concentric contraction only exercise regimen. Another study found that placing an emphasis on the eccentric overload experienced a 46 percent increase in strength in just 1 week! Also, eccentric exercise primarily activates the fast twitch muscle fibers are more likely to lead to greater muscle soreness and muscle growth.

If you look at muscles under a microscope after an intense bout of eccentric exercise, it would seem like a bomb exploded in the muscles. The muscle fibers are pulled apart, and the fibers have increased growth factors at the site of injury repairing the muscle fibers.

Participants completed a single bout of eccentric or concentric of the knee extensors. A muscle biopsy was obtained before and 24 h after exercise. At the end of the study, peak torque decreased following eccentric exercise but not concentric exercise. The researchers observed no significant changes in muscle soreness in the concentric group, but they did find significant increases in the eccentric group both immediately post-exercise and at 24-hours post- exercise. The researchers found that levels of the inflammatory cytokines interferon gamma-induced protein 10 (IP-10) and monocyte chemotactic protein 1 (MCP-1) were significantly increased in the eccentric condition, but not in the concentric condition.

This means the body activated more immune factors to rush to the site of muscle injury from eccentric exercise to repair the muscle fibers. The researchers found that in the eccentric group, satellite cell content per muscle fiber increased significantly (by 27%), but there was no significant increase in the concentric group. In conclusion, eccentric but not concentric results in functional and histological evidence of muscle damage that is accompanied by increased satellite cell activity 24 hours post-exercise.

The research study should be a real wake-up call for those athletes that want to grow, to emphasize eccentric contractions during their weight training by lowering the weight slowly with the heaviest weight possible.

So incorporating eccentric exercise can be used to shock your system into growth, but using them can be a drain on your neuromuscular system, therefore, use them sparingly in your workouts. The severity of muscle damage and drain on your neuromuscular system means that maximal eccentric exercise can only be performed for a week or two at a time, eccentric overload should be incorporated in the off-season when muscle recuperation is at its maximum.

4.) Use a Full Range of Motion

Guys in the gym love to load up the biceps machine and do quarter reps and half reps!! Not doing a full range of motion is detrimental for stimulating muscle growth. Researchers from Italy examined the effect of range of motion at different loads on the electromyographic activity during military press.

Html code here! Replace this with any non empty text and that's it.

Six experienced lifters performed three sets of 10 repetitions, each one with a different ROM:

The first one with a final elbow angle of 90°; Partial Rep

The second with 135°, Almost Locked Out Position and

The last one with a final elbow angle of 180°, Full Range of Motion. 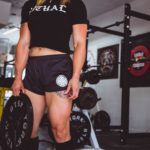 Running- When it comes to Physical fitness… Running Falls Short

September 8, 2017
0
By Joseph Palumbo, IFBB PRO There is a misconception that being able to run a marathon or 1.5 miles within 8 minutes entitles you to... 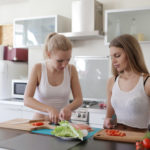 June 27, 2016
0
Vegetables Essential for Bodybuilding If you examine most athlete’s and bodybuilder’s diet, you would find a large portion of the diet consists of protein’s, carbohydrates,... 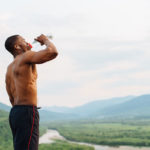 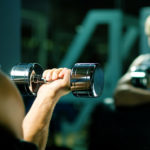 Workout Beginners: Expecting So Much in So Little Time

January 16, 2018
0
Attention workout beginners: All of this does not happen after one week of training.  The actual time frame in which you can expect to... 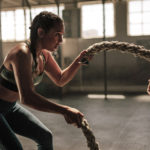