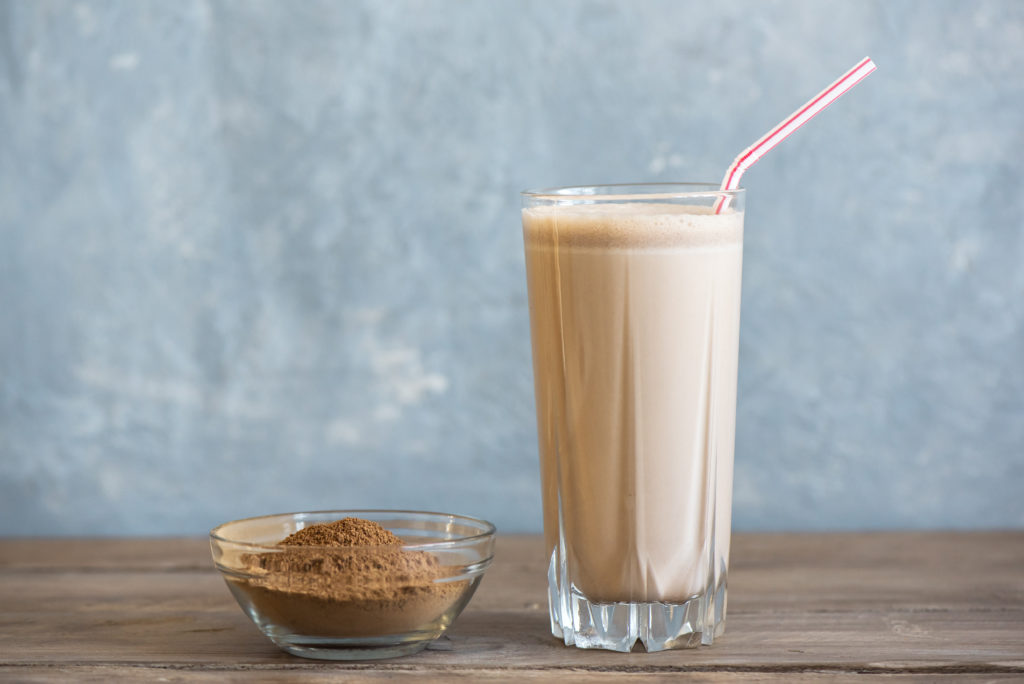 Over the last year, scientists have come to conclude that not all carbohydrates are the same. For example, certain carbohydrates are absorbed more rapidly and cause a rapid release of insulin, whereas other carbohydrates rich in fiber cause a slower release. Much like carbohydrates, protein function has been found to differ based on protein sources. It has been reported that whey protein can enhance weight loss compared to soy protein and other sources because of its high-branched chain amino acid content. It can now be concluded that proteins have different biological effects as well. The branched chain amino acid leucine signals intracellular pathways regulating amino acid oxidation and gluconeogenesis4. Whey protein (100 g) contains about 24 g of BCAA5, which have been associated with improved insulin sensitivity and satiety6. The high BCAA content of whey protein may make it superior for fat loss compared to other proteins such as chicken or beef. In the journal of Nutrition Research, researchers reported that whey protein could help reduce belly fat compared to other protein sources.

Whey modulates several hormones that are conducive for weight loss. The researchers explained that whey protein is a potent stimulator of Gastric Inhibitory Polypeptide (GIP), also known as the glucose-dependent insulinotropic peptide. It is now believed that the function of GIP is to induce insulin secretion. Relative to that, it is known that whey protein is a strong stimulator of GIP secretagogue, possibly through bioactive peptides present in whey or formed during its digestion. The appetite suppressing effects of whey may be due in part to the rise in GIP or thru some other mechanism (i.e. mTOR).

Acute studies have reported that whey protein isolate (60 grams per day) evaluated over six months resulted in significantly lower hyperinsulinemia (less fat storage potential), lower cortisol levels (lean muscle preservation) and reduced ghrelin release (satiety enhancement). A previous study released in Nutrition & Metabolism reported that people on whey protein supplementation lost more weight than a control group receiving maltrodextrins in conjunction with a calorie-restricted diet. Each subject was instructed to consume one supplement 20 minutes before breakfast and one supplement 20 minutes before dinner. The whey protein supplement contained 10 grams of protein per serving as a combination of intact whey protein and peptides. It also contained minerals that were purified from milk. The control group received an isocaloric beverage containing maltodextrin. After 12 weeks, weight loss was consistently higher in the whey protein subjects, primarily the result of losing body fat (subjects taking whey protein lost 6.1 percent of their body fat mass). The whey protein group subjects also lost significantly less lean muscle mass compared to control subjects. Whey protein may be the perfect fat-loss supplement when dieting for an important event or for targeting fat loss while maintaining lean muscle1. Since whey is nutrient dense but relatively low in energy (~4 kcal/g), supplementation is an efficient method to promote skeletal muscle anabolism while promoting catabolism in fat cells and therefore is hypothesized to improve both muscle growth and fat loss.

A new study just released reported that whey protein taken three times a day contributes to fat loss in the abdominal region. The study examined the effects of timed ingestion of supplemental protein (20g servings of whey protein, 3×/day), added to the habitual diet of free-living overweight/obese adults and subsequently randomized to either whey protein only, whey protein and resistance exercise, or a whey protein and multimode exercise training program [protein and resistance exercise, intervals, stretching/yoga/Pilates, endurance exercise for 16 weeks. The three protein ingestion of 23g of whey protein were (1) within 1 hour of waking in the morning, (2) mid-afternoon or within 30 min following an exercise session and (3) within 2 hours of going to bed at night (total protein intake ended up at ~1.3-1.5g per kg body weight).

Otherwise, all participants were instructed to consume their habitual diet ad libitum throughout the 16-wk intervention. At the end of the study, all groups lost body weight, fat mass, and abdominal fat; however, the group doing multimode exercise training program [protein and resistance exercise, intervals, stretching/yoga/Pilates, endurance exercise lost significantly more body weight and fat mass and gained a greater percentage of lean body mass. In conclusion, the researchers reported that exercise training and timed ingestion of whey protein added to the habitual diet of free-living overweight/obese adults, independent of caloric restriction on total and regional body fat distribution, insulin resistance, and adipokines.

Relax Your Stress Away

Yoda Would Be Proud: Meditation 101

Do you want BIGGER Gains in Muscle & Strength?