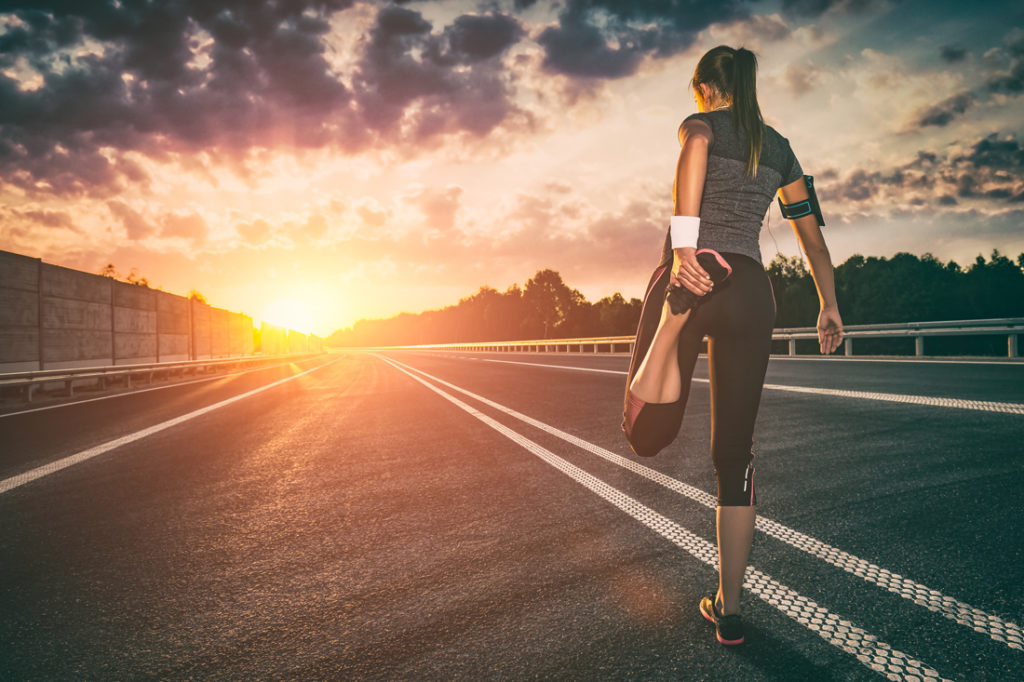 Beat the Heat & Bag the Gold

Marathons have become a staple in endurance training over the last few years, whether for fun, competition, or for sport. The popularity of the marathon race has grown immensely, with over 800 marathons a year, and nearly ten-times as many racers! The length of an official marathon is 26.2 miles. For those who are a little more daring, ultramarathons can last up to 100 miles! With the number of marathons on the rise, the number of new runners continues to grow as well. As this number grows, many novice racers will emerge to test their endurance.

[/vc_column_text][vc_column_text]With a majority of marathons staged in the summer months, many racers fail to realize the dangers that prolonged exercise in a warmer environment can pose. This is especially true to those new to distance running. Endurance athletes competing in warmer climates are at a much greater risk for hyperthermia, or the elevation of body-core temperature past 40°C. This occurs when the body produces or absorbs more heat than it can dissipate. This imbalance is due to a failure of the body’s thermoregulatory system. Marathon runners performing in the heat put a greater strain on the thermoregulatory system, potentially leading to heat-related illnesses. Early symptoms of heat-related illnesses include rapid breathing, weak pulse, and profuse sweating. As hyper-thermic conditions increase, so does the potential for life-threatening conditions such as heat stroke.

Aside from serious injury and illness, elevated core temperature severely diminishes exercise performance. To combat this, cooling strategies have been developed to help endurance athletes maintain appropriate thermoregulation during competition. Cooling strategies have been divided into two groups. “Precooling” is the lowering of the athlete’s body temperature before the start of exercise. In contrast, “percooling” involves the maintenance of the ideal body temperature during exercise. Two methods of precooling have been widely tested. The first uses cold-water immersion and ice slurry ingestion. (Kay et al., 1999) tested the effects of cold-water immersion on cycling performance. They studied endurance athletes by immersing them in an ice bath at 29.7 °C, and slowly filtering in cold-water with a temperature of 8-11 °C.
The initial decrease in body temperature before exercise provided the cyclists with improvements in performance, VO2 max, and sweat production.

In contrast, (Seigel et al., 2010) used the ice slurry method. They had the athletes ingest a mixture of water and crushed ice before the start of exercise. This method of precooling decreased core temperature, increased performance, and increased time to exhaustion.
With regard to percooling, (Stevens et al., 2013) used the ice slurry method during the middle of a triathlon. They gave the ice slurry mixture to athletes at the transition segments of the race. The results were similar in this method as well: improved performance and lowered core temperature.

While both modalities seem to have the potential to improve performance and decrease the likelihood of heat illness, current research seems to point towards cold-water immersion as the most beneficial option. However, convenience is not factor associated with this method. Cold-water immersion requires a lengthy soak. In addition, the necessary equipment would most likely be unavailable to the amateur athlete.
Whereas, the ice slurries can easily be made and taken just before the race begins. As a result, ingesting a homemade ice slurry before a race may help avoid certain heat illness and provide an edge over the competition for both inexperienced and experienced marathon runners. Just watch out for brain freeze!

Andrew Pappas has a B.S in Health Science with a concentration in Biology from University of South Florida. Currently a Graduate Student for a Master’s Degree in Sport & Exercise Science at the University of Central Florida.