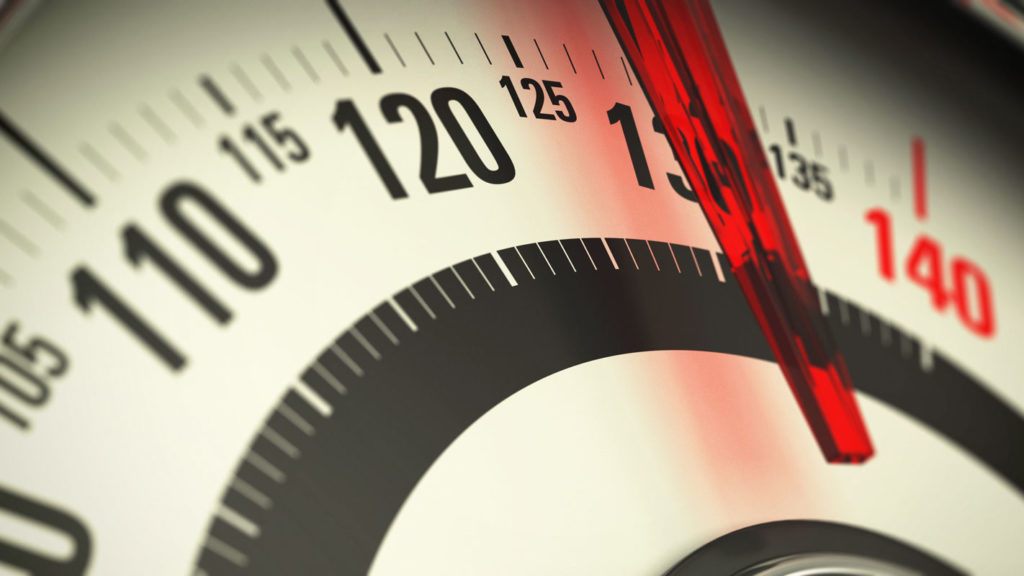 Most people who are trying to lose weight often become frustrated by the number that is displayed on the scale.

Weight scale as a tool

As a personal trainer I use the scale as a tool to determine an individual’s fat mass. Multiplying a person’s body fat percentage by the weight measured on the scale easily accomplishes this. The fat mass number is then subtracted from their body weight. Thus giving the individuals lean mass, which is the muscle, water, and internal organs of the body. For example, two females that are 5’6 and weight 135lbs can look very different from each other, even to the extreme of being polar opposites. One might have a body fat percentage of 33%, while the other might have a percentage of only 22%.

A qualified personal trainer can check your body fat percentage with a skin caliper and will be able to calculate your fat mass. A realistic goal for most people is to loose 3% body fat in 4-6 weeks. This is done without starving the body, and being on a rigorous exercise program.

So get your body fat percentage and lose weight by the test, not the scale!

3 Secrets and Tips For Anti-Aging