DATING for DUMMIES: A Story of Love, Loss, Online Dating and Other Natural Disasters 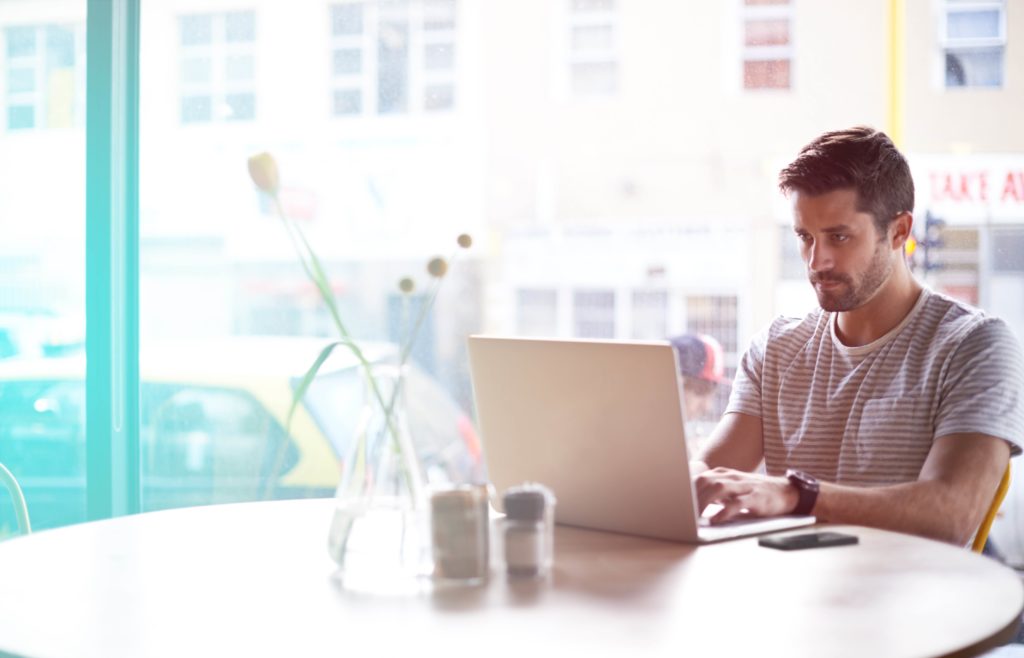 A story of love, loss, online dating and other natural disasters.

I write this to share my trials and tribulations. This should never be confused with dating advice. Please use for entertainment purposes only. I thought it would be easier. Here I am, 42 and single. Single as in I have never been married and am not currently involved with anyone. I was born with, what most would consider, advantages – a white male living in America. I received an education, I’m employed, I have a nice place to live, drive a nice car, and within reason, can buy myself whatever I want.

To clarify, I cannot buy a yacht, but I can order whatever I want off of the menu at TGI Fridays. I’m also in good physical shape, and have been told, on more than one occasion, that I am attractive. In addition, I’m considerate, thoughtful, caring, funny, etc. Plus, even though I’m in my forties, I look like I’m in my early thirties, and I feel like I’m in my twenties.

I don’t write any of this to brag, more to paint a picture of what I perceive I would look like to a potential mate. I have a biased opinion of course, but I would say I’m a pretty good catch.

SO WHY IS DATING SO DIFFICULT?

She became the basis for which all future relationships would be compared to. I was just about to turn 20. She just turned 18. Within weeks, she became my world. After 4 months, she went away to college and I was devastated. Even 20 years later, I still look back and remember how heart wrenching it felt. We tried to make long distance work, but this was before cellphones, free long distance calls, and video chat.

I was paying outrageous phone bills, driving 8 hours every other weekend to see her, and spending most nights alone and inconsolable. I made it through her first quarter and she came home for winter break. It was the hardest, yet easiest, decision I have ever made. I moved away from everything I knew to be with her.

It was a rough four years from there. I was starting my career. She was doing the “college” thing. I was trying to be responsible. She was trying to set a record for most beers ingested for an undergrad. There was a two year period where she decided she was single and dated other men, although she didn’t inform me at the time. I happened to find out when one of her friends ratted her out.

We managed to stay together and she graduated. I moved back home with her and we bought a house. Eight years in and I proposed. It was now approaching year ten and the wedding was bearing down on me. I couldn’t escape the feeling that something wasn’t right. I was still bothered by the way she treated me back in college.

She was young. I was the only guy she had ever been with, and she was in college. I felt it was understandable, so I tried to get past it. But when it came down to it, I felt I deserved to marry someone who hadn’t betrayed me. So, I left.

It comes down to timing. It was not our time. We met too soon. Our adult lives were just starting and there was too much to experience before taking on the responsibility of a relationship.

It’s called chemistry. Attraction + Compatibility + Timing is the formula for a successful relationship. If one element is missing, the bond inevitably fails.

As a child, like many, I wanted to be Superman. I viewed super hero characters not as fantasy, but as a future career option. I dreamed of putting on a cape and saving the damsel in distress, ultimately so she would show her appreciation and give me the acceptance and approval I so desperately wanted.

I seem to attract those in need of rescuing. Or maybe I seek them out. Either way, I pursue the feeling of being needed, which I equate with the feeling of being valued, which makes me feel appreciated. Herein lies the problem – something that is easily given has no value. Only what is earned is inevitably deemed valuable. All of my efforts to help, save, and rescue were ultimately taken for granted and unappreciated.

It is far better to be wanted than needed, and those seem to be mutually exclusive conditions. I still come to the rescue, but my expectations have changed – that is to say, I no longer have expectations. I wear my cape because it is in my nature. It is part of who I grew up to be. I believe one’s character is measured by how they treat others, even those who treat them poorly.

After a particularly bad breakup in my mid thirties, something changed. I adopted a new persona. It was a reaction to this relationship ending badly, and all the failed attempts prior to this.

After careful self-examination, I came to the conclusion that I was too “needy”. Ask any woman, neediness is an attraction-killer. It sounds cliché, but it was no more “Mr. Nice Guy”. I put him on a shelf and woke up “The Player”. I became Hank Moody, Don Draper, and Sterling Archer rolled into one. To sum up this three year run, bad decisions make for good stories.

I could be called a lot of things during this time – player, womanizer, cold, emotionally dysfunctional – but never needy. I gave up all expectations because there was never an emotional attachment. My feelings were never hurt because I no longer had any. I was no longer heartbroken because my heart was stored safely on a shelf in the other guy I used to be. I had fun. I met a lot of women.

Don’t get me wrong, sleeping with a bunch of women and feeling desired never really gets old, but after many exhilarating nights, I wanted something more. I could never be the guy on the shelf again. The soulless man I became was certainly easier and much more fun. I am still searching for a middle ground. Even in my forties, I’m still growing up. Honestly, I hope I never stop growing.

The most common question I am asked by the women I meet is, “So what are you looking for?”. Over the years, my answer has changed. As a child, I always thought my life would follow a similar pattern as my parents’. Meet someone in my early twenties, get married, and have a family before thirty. Live happily ever after. Which, in fact, my parents are still doing.

I assumed, at some point in my life, it would feel like a switch would flip and I would feel like a grown-up ready for a family. That never happened. I was 8 years old and I remember my father turning 40. He had a wife, three children, a house in the suburbs, and life insurance. Grown-up stuff.

I live alone, well, with a Chihuahua (Stewie), in a 500 sq. ft. high-rise apartment in the downtown area. I can’t imagine having my own children or any kind of “grown-up” responsibility.

So, when asked, assuming they mean am I looking for a serious relationship, my honest answer is, “It would be nice… in theory, if I ever grow up”. What I say: “I’m not looking for anything. I’m certainly open to the possibility of this becoming something serious.”

My mother recently asked my why I still date twenty year-olds. My answer was, “Because I can.” She shook her head and dad proudly laughed. I have the rest of my life to be old.

I’m not sure if growing up has any real benefit. I think it’s something people do because they were told that’s just the way it is and that’s what people do. The day a girl rejects me only because I am too old (in appearance), I will re-evaluate.

Dating apps are the best thing ever invented for dating, along with being the worst thing to ever happen to relationships. Prior to online dating and dating apps, most people had a relatively limited selection of potential mates. You had your circle of friends, their friends, and your local area and the clubs, bars, school, hangouts within, and that’s about it. With dating apps, you have access to hundreds, if not thousands, of potential partners.

We now have what is called “The Paradox of Choice”, which is also a book by American psychologist Barry Schwartz. In the book, Schwartz argues that eliminating consumer choices can greatly reduce anxiety for shoppers. The same case can be made for dating. Given the multitude of choices, we are never satisfied with our selection, because there can always be something better – a “swipe to the right” away. It’s twice as bad because this opportunity is available to both parties.

It’s not all bad, depending on what you are looking for. Dating apps have made dating efficient. Used properly, an average guy can pull more tail than the slow kid at the petting zoo. Keep your expectations to a minimum.

I have met more women on dating apps than by any other means. This is truly a “quantity over quality” situation. I do not expect to meet the love of my life on a dating app, just as I don’t expect to meet her at a sleazy bar or strip club. I do expect some superficial fun, mild frustration and hours of entertainment.

A WORD OF WARNING – THIS IS THE MOS EISLEY SPACE STATION OF THE DATING WORLD, FILLED WITH STALKERS, FAKE PROFILES, AND BAD INTENTIONS. PROCEED WITH CAUTION AND PLAY SAFE.

Happy to be single

I have felt smothered by loneliness. I have felt alone while holding someone. Feeling lonely is not a good reason to seek the company of another. Loneliness is a state of mind, not a condition of circumstance. I use to feel like I was missing something if I wasn’t in a relationship. That sort of reassurance that you must be ok if someone else approves of you. I have transcended this codependency. I am my own best company. When I find someone who is better to hangout with than myself, I am all theirs. Until then, I remain committed to myself.