Fast or Slow Rep Speed for Maximum Muscle: Maximizing the muscle growth response to resistance training is thought to be best achieved by proper manipulation of exercise program variables including exercise selection, exercise order, the length of rest intervals, intensity of maximal load, and training volume.

Also, if there ever was a controversial topic in the world of bodybuilding, it’s repetition speed. If you were involved in a sport like sprinting, it would be pretty easy to figure out that you have to train explosively because you need to teach your legs to move as fast as humanly possible. Also if you’re involved in power sports such as Olympic lifting or football, then you know that there are no exercises that are performed slowly.

All the exercises such as clean and jerks and power cleans are performed very explosively. Football wide receivers will often perform “over speed training” in which a slingshot type rubber tubing is attached to the player to train the muscles and nervous system faster than it’s used to.

With resistance exercise, it’s much harder to say which way to train is best for muscle mass. Some trainers swear by fast lifting for gaining muscle, whereas others advocate slow and controlled lifting. A recent review article published by one of the top muscle growth experts in the world, Brad Schoenfeld, recently published a great review on the topic titled, “Effect of repetition duration during resistance training on muscle hypertrophy: a systematic review and meta-analysis.”

Here is a breakdown of what researchers found in the collection of studies investigating repetition speed and muscle growth. A total of eight studies were identified that examined repetition duration in accordance with the criteria outlined. When they crunched all the data from the studies, they found that muscle growth outcomes are similar when training with repetition durations ranging from 0.5 to 8 seconds. What they did find was that “super slow training” (>10s per repetition) is inferior from a hypertrophy standpoint, although a lack of controlled studies on the topic makes it difficult to draw definitive conclusions.

Based on the recommendations of the author, he recommends a broad range of lifting speeds into a lifters workout. It seems logical that most of the workout should incorporate explosive, concentric based portions of the lift followed by a slow, controlled eccentric but not more than three seconds.  You should never jeopardize an injury while trying to lift explosively, but the research tends to lean more to a faster tempo for muscle growth than a slow and controlled tempo for muscle growth. So try incorporating a wide range of lifting speeds, lifting the bar faster may contribute to increased muscle growth.

The researchers suggested that lifting weights with a faster repetition speed seemed to be more conducive for muscle growth than lifting at a slow speed. 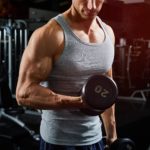 February 6, 2017
0
Do you want Bigger Arms? 8-12 Reps vs. 30-40 Reps for Muscle Growth. What's better? There are many different resistance exercise variables, beyond exercise intensity, which... 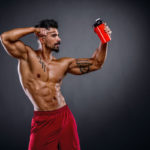 September 26, 2019
0
By Muscle Media   Whether you are young or old, age is not a concern to obtain benefits from whey protein. This building block is valuable... 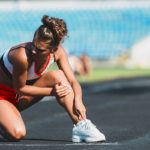 Cramps, How to Deal with them

December 3, 2019
0
By Muscle Media   Muscle cramps are temporary contractions of the muscles that usually appear during, or shortly after, physical effort. The sensation is a strong,... 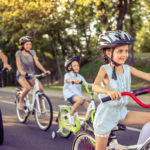 Getting Active Together With The Kids

July 22, 2019
0
By Muscle Media   Studies have shown that only one-fourth of us get the 30 minutes of exercise each day the Surgeon General recommends. Sedentary children... 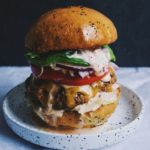 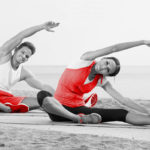 January 22, 2020
0
By Muscle Media   The body is flexible. It is supposed to be flexible. You must be able to bend and reach that something you dropped... 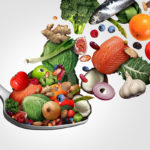 January 21, 2020
0
By Muscle Media Very few people realize the profound effect that weight has on diabetes. Even instances of gestational diabetes are much greater in patients... 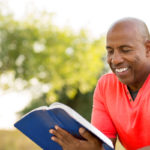 December 26, 2019
0
By Muscle Media To grow spiritually in a world defined by power, money, and influence is a Herculean task. Modern conveniences such as electronic equipment,...