Fat Burners – The Science Behind Thermogenesis 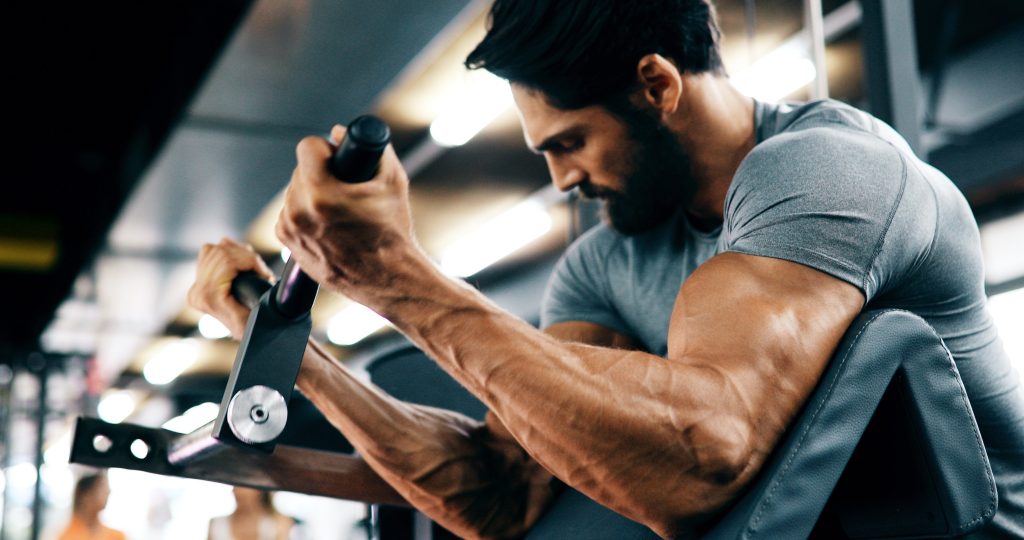 It is not uncommon for bodybuilders to lose muscle and they are getting ready for a competition. The general endocrine response to a low-calorie diet is increased hunger, reduced metabolic rate, and loss of lean muscle mass. No matter how much protein a bodybuilder consumes, it’s nearly impossible to keep all the muscle while dieting to get ripped up. Severe calorie restricted diet is often associated with a reduced thermogenic response. It makes sense that the body sense a reduction in calories will send a negative feedback loop to your brain to slow down metabolic rate to compensate for the loss of calories.

The decrease in thermogenic response is due to some hormones such as thyroid, insulin, testosterone, and leptin. The hormones of the thyroid gland, particularly triiodothyronine (T3), are known to play an important and direct role in regulating metabolic rate. Increases in circulating thyroid hormones are associated with an increase in the metabolic rate, whereas lowered thyroid levels result in decreased thermogenesis and overall metabolic rate. Some studies have reported that caloric restriction results in a reduction in thyroid function.

Weight loss results in a loss of metabolically active tissue and, therefore, decreased basal metabolic rate. The newest research has found that not only does metabolic rate decrease, but muscle thyroid declines as well. That’s right, not only does your basal thyroid levels drop, but your muscle’s thyroid levels fall as well. Researchers examined muscle genes responses during and after caloric restriction. Using a rat model of semistarvation-refeeding, in brief, rats were food-restricted at 50% of their spontaneous food intake for two weeks (semi-starved rats), after which they were refed the amount of food corresponding to the spontaneous food intake of control rats matched for weight at the onset of refeeding. The researchers measure the animals muscle size and performance under both conditions of calorie restriction and refeeding.

The researchers also measured the muscle thyroid levels by taking muscle biopsies. At the end of the study, researchers found that the muscle fibers of the rats placed on a low-calorie diet were altered from a fast twitch, explosive muscle fibers (i.e. more energetically costly) to a more fuel efficient slow twitch muscle fiber while dieting. The researchers speculated that the changes in muscle fiber types from a fast-twitch to a slow twitch muscle fiber resulted from the reduced calories and a need to make the muscle more fuel efficient. There is evidence that slow-twitch muscles use less ATP than fast-twitch muscles. The researchers found the calorie restricted diet resulted in a decrease in metabolic rate in conjunction with decreased availability of muscular thyroid T3 levels. The altered thyroid hormone metabolism, fiber type composition, and contractile properties constitute mechanisms by which diminished skeletal muscle thermogenesis could contribute to energy conservation during weight loss.

The altered muscle function was likely induced by changes in thyroid hormone levels. This is strongly suggested by diminished T3 availability within skeletal muscle. In sum, the researchers concluded that diminished muscle thermogenesis following caloric restriction results from reduced muscle T3 levels, alteration in muscle-specific transcription factors, and fast-to-slow fiber shift. These energy-sparing effects persist during weight recovery and contribute to catch-up fat. This study reports that calorie restriction results in a reduced muscle thyroid levels that led to a shift in fiber types from the fast twitch muscle hypertrophy prone fibers to slow twitch aerobic muscle fibers. With the suppression of metabolism after low-calorie diets, competitors need to find ways to increase their metabolic rate. The three supplements which have the most research on increasing metabolic rate is caffeine, green tea extract, and synephrine.

With the gap that ephedrine left in the weight loss market years ago, Synephrine HCL has taken up ephedrine’s space as one of the most popular fat burners after ephedrine was banned in the United States. Synephrine has many of the same benefits as ephedrine, but without the addictive properties and negative side effects. Synephrine is a compound found in high concentrations in the fruit Citrus Aurantium (aka bitter orange), which is the only source strong enough to cause the fat-burning and stimulatory effects. It exists in many citrus fruits, but at levels, that would not have any impact on humans. Synephrine is also known to increase the body’s metabolic rate. It helps release the stored lipid cells into the bloodstream, and the metabolism, which is working at a faster rate than usual so it can burn off this stored energy. This creates a loss of fat in the body. It also has the benefit of being able to do so without majorly increasing blood pressure or heart rate. Similar to caffeine, synephrine is a stimulant. It provides an energy boost, can help suppress your appetite, and help you burn more calories even when exercise is not being undertaken. Many who take synephrine combined with caffeine find this gives them the results they are after.

Synephrine is structurally similar to adrenaline, noradrenaline, and ephedrine; several studies have confirmed the metabolic effects of synephrine that are useful for bodybuilders such as enhancing thermogenesis and fat burning, increasing energy metabolism, and improving athletic performance.

Synephrine is widely used in combination with caffeine and other ingredients in products designed to support weight management. A previous study reported that 20mg of synephrine with 325 mg of caffeine increased energy expenditure in humans. Previous research has shown beneficial effects of synephrine on raising metabolic rate. Synephrine is a phenylethylamine derivative with some structural similarities to ephedrine; however a recent review of the literature concluded that synephrine and bitter orange extract based on the available studies in animals, humans, and cell culture systems, it has been found that when taken orally and in recommended amounts both are safe.

None of the previous research reviews have reported serious or significant adverse events that are directly related to bitter orange extract or synephrine. A typical sweet orange contains about 6mg synephrine. A wide variety of Citrus juices contain approximately 5mg synephrine per 8-ounce glass. Another positive aspect of using synephrine was that in a study in rats, synephrine dose-dependently decreased appetite in rats, which can help bodybuilders curve, their appetite while dieting. Most sports supplements and fat-burners/weight loss aids will take care of the stacking aspect for the end user. Caffeine’s effects are synergistic with it and will nearly always be found alongside synephrine, whether in pure anhydrous form or from an alternative source such as green tea extract. If you are looking to maximize the effects of synephrine, it should be combined with caffeine and green tea extract.

Thermogenesis is the process of heat production in living organisms that can facilitate the fat burning process. There are many ingredients in most over the counter fat burners. Of these bioactive compounds, caffeine, synephrine and green tea catechins of various plant extracts remain arguably as the main ingredients found in thermogenic supplements today. In the prestigious Journal of Strength and Conditioning Research reported in the study titled, “Dietary Caffeine And Polyphenol Supplementation Enhances Overall Metabolic Rate And Lipid Oxidation At Rest And After A Bout Of Sprint Interval Exercise” reported that caffeine and green tea extract increased post-exercise fat oxidation after sprint exercise by 10%. When green tea extract and caffeine are combined, they operate synergistically to enhance metabolism, fat oxidation, and ultimately facilitate weight loss. Previous research has found that a combined treatment of a catechin polyphenol-caffeine mixture has shown to induce a significantly greater thermogenic response than an equivalent amount of caffeine.

At the end of the study, during the resting state, a single dosing of green tea extract and caffeine induced an approximate 8% rise in energy expenditure with an increase in oxygen uptake. Accompanying this thermogenic response was a 10% increase in fat oxidation rate. Specifically, post-sprint exercise energy expenditure was approximately 10% greater with pre-exercise caffeine-polyphenol supplementation versus placebo. The results suggest that increased lipid oxidation rate following sprint interval exercise is further amplified with a single caffeine-polyphenol dosing. This is a great study showing the synergistic effect of combining caffeine and green tea extract with high intensity exercise can enhance fat oxidation.

Tsai AG, Williamson DF, Glick HA. Direct medical cost of overweight and obesity in the USA: a quantitative systematic review. Obesity reviews : an official journal of the International Association for the Study of Obesity. 2011;12:50–61.

Kim B: Thyroid hormone as a determinant of energy expenditure and the basal metabolic rate. Thyroid 2008, 18:141-144.

Maestu J, Eliakim A, Jurimae J, Valter I, Jurimae T: Anabolic and catabolic hormones and energy balance of the male bodybuilders during the preparation for the competition. J Strength Cond Res 2010, 24:1074-1081.

Weight Loss Plan: The Goal to Go For

Running- When it comes to Physical fitness… Running Falls Short