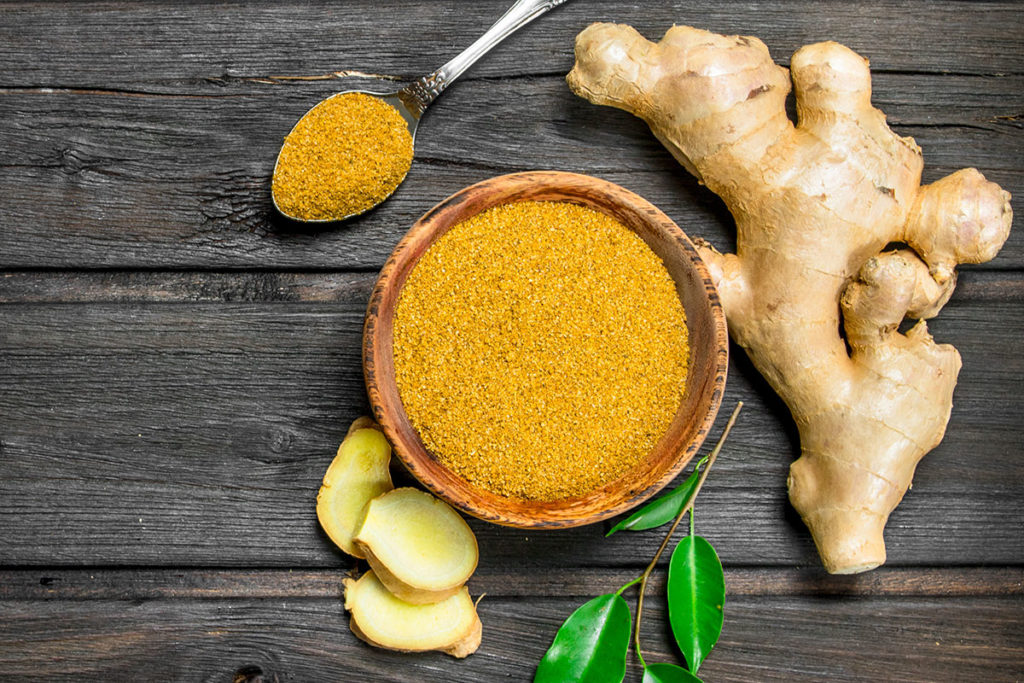 Ginger, or Zingiber officinale, is a small herbaceous plant belonging to the Zingiberaceae family. The plant is said to have originated from India and China. The name of this plant comes from the Sanskrit word “stringa-vera” which means “with a body like a horn.” This is indeed an accurate description of the most apparent part of the plant; the rhizome Ginger.

Its Role in History

For many centuries, ginger has played a vital role in Chinese medicine. In fact, its’ popularity is close to Camellia sinensis (green tea), ginseng, and Dong Quai or Angelica. It is even mentioned in one of the writings of Confucius. Likewise, the Koran makes ample mention of it, indicating that it was known in the Arab world as far back as 650 A.C.  It’s one of the earliest spices known in Western Europe and it has been used since the ninth century. The herb became very popular in Europe.  At one time, it was included in every table setting, joining the condiments salt and pepper. As common article in medieval and renaissance trade, ginger was one of the spices used in the Middle Ages to battle against the Plague. In nineteenth century England, barkeepers of pubs and taverns put out small containers of ground ginger which costumers used to sprinkle into their beer.  This was the origin of ginger ale. And in order to “gee up” a lazy horse, Sussex farmers apply a pinch of ginger to the animal’s backside, a truly time-honored practice.

Ginger is often mistaken for a root, hence the term ginger root. Actually, that golden part of the plant is a rhizome. The plant is indigenous to southern China. When the Chinese commenced trade with peoples from neighboring islands, they brought the plant with them. Thus, the cultivation of ginger spread to the Spice Islands and other parts of Asia.  It subsequently spread to West Africa and to the Caribbean. Today, India is the main producer and exporter of this hot tasting spice.

Extracts of ginger are used in foods, condiments, baked confections, candies, beverages, cosmetics, and perfumes. It is common for products containing this plant to be used in food preparation or as an herbal medicine. A type of ginger in China is produced that is particularly suited for confectionery. In Japan it lacks the typical pungent aroma. In addition, pickled ginger, called gari or sushoga, is traditionally used as a condiment for sushi. Generally, products made from this plant vary considerably in taste, pungency, and smell.

Ginger contains many substances that are responsible for its medicinal value. It contains phenolic compounds and sesquiterpenes. Gingerols and shogaols are examples of phenolic compounds. These two are the main chemicals that give it its distinctive pungent aroma and flavor without being volatile. Recent studies have suggested the plant is valuable as an anti-emetic and could be used to stop nausea and vomiting.  However, the use of this plant to stop nausea associated with pregnancy will require more research and scientific evidence. The numerous antioxidants found in ginger are said to help prevent cancer and other ailments. Antioxidants are the compounds that keep harmful free radicals from passing through cell membranes. The free radicals are seen as the main culprit in many illnesses and diseases.

What Are The Best Vitamins for Energy

Cramps, How to Deal with them