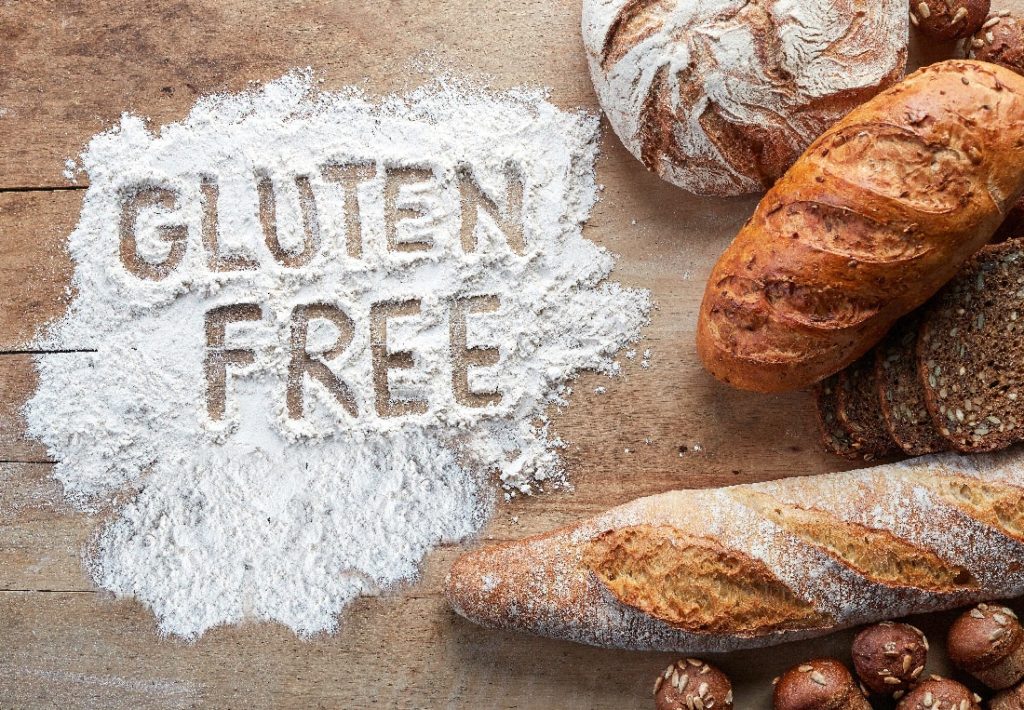 Fat-free, low carb, Paleo and gluten-free diets are just some of the new “fad diets” that have bombarded grocery store check-out lines and newsfeed as if they could be the next cure-all. Eating gluten-free has become one of the recent fads. However, with so many other diets having been researched and debunked, it’s smart to investigate before yielding to the hype.

Gluten is a protein found in wheat, barley and rye. For people with celiac disease (a rare autoimmune disorder that only affects about one-percent of the population), gluten must be avoided because of possible inflammation and damage to the intestines when consumed. Even though adherence to a gluten-free diet is necessary for this one percent of people, the potential benefits and other health issues is still under investigation.

Studies on gluten-free diets for non-celiac individuals have resulted in mixed findings. Some studies have found that adhering to a gluten-free diet may result in iron and vitamin B deficiencies, but may also have positive effects on cholesterol and body mass index.

Just because foods are labeled “Gluten-Free” does not mean that they are healthier or considered diet foods compared to their gluten-containing counterparts. Many gluten-free foods are significantly lower in protein than their gluten-containing equivalents, because gluten is the primary protein of wheat. Gluten-free diets have also been associated with higher fat intake and lower dietary fiber. Many gluten-free ingredients for bread-like foods are less fibrous and higher in fat. Some gluten-free consumers eat excessive fat and protein without enough carbohydrates and fiber. So, for those who have celiac disease or benefit from a gluten-free diet, it may be necessary to increase gluten-free protein and fiber sources like meat, fish, nuts, eggs, oatmeal, almond/coconut flour, fruits and vegetables.

Glyphosate residue is often found in sugar, corn, soy and wheat which comprise much of the Western diet. It seems to be linked to several health issues common in the U.S. The toxicity of this herbicide has been described as, “exogenous semiotic entropy: the disruption of homeostasis by environmental toxins.” This means that glyphosate inhibits the body’s ability to detoxify foreign substances resulting in inflammation and interference with healthy gut-balance. Damage has been connected to common illnesses associated with the Western diet, including gastrointestinal disorders, obesity, diabetes, heart disease, depression, autism, infertility, cancer and Alzheimer’s disease. Short-term exposure to glyphosate is relatively harmless to humans, as only about two percent of it is actually metabolized. However, rodent studies have shown that long term exposure to glyphosate significantly increases risks for cancer, and liver and kidney dysfunction. Research regarding glyphosate may be important to consider when a food intolerance is suspected.

Many of the fad diets seen in recent years simply involve including more minimally-processed foods, while limiting or excluding those that are highly processed. Confusingly, many gluten-containing foods, like breads, cereals, etc. have been highly processed, while their gluten-free counterparts may also be highly processed. Less processed carbohydrate foods, like fruits and vegetables, are typically more complex. This means that they are higher in fiber, thus rendering more health benefits while less likely to cause unhealthy increases in blood sugar. Another highly processed ingredient that is limited in many recent fad-diets is sugar. Less-processed sugars, like fruits, honey and maple syrup are better options. Healthy carbohydrate sources, such as oatmeal and coconut flour, fruits and vegetables, are higher in fiber and protein than many of the gluten-free breads, flours and snack foods.

Many gluten-containing foods like breads, crackers, donuts, pizza/pie crusts and cookies have been highly processed. However, there are numerous less processed, gluten-free carbohydrate alternatives. In conclusion, make the bulk of your diet that which contains minimally processed foods. Consuming fewer ingredients likely to contain Glyphosate seems to be a better option than simply avoiding gluten. For most people without celiac disease, it may not be the gluten that prompts intolerance, but either Glyphosate or too many heavily processed foods.