Alcohol Diet – A Healthy Meal or a Couple of Cocktails? 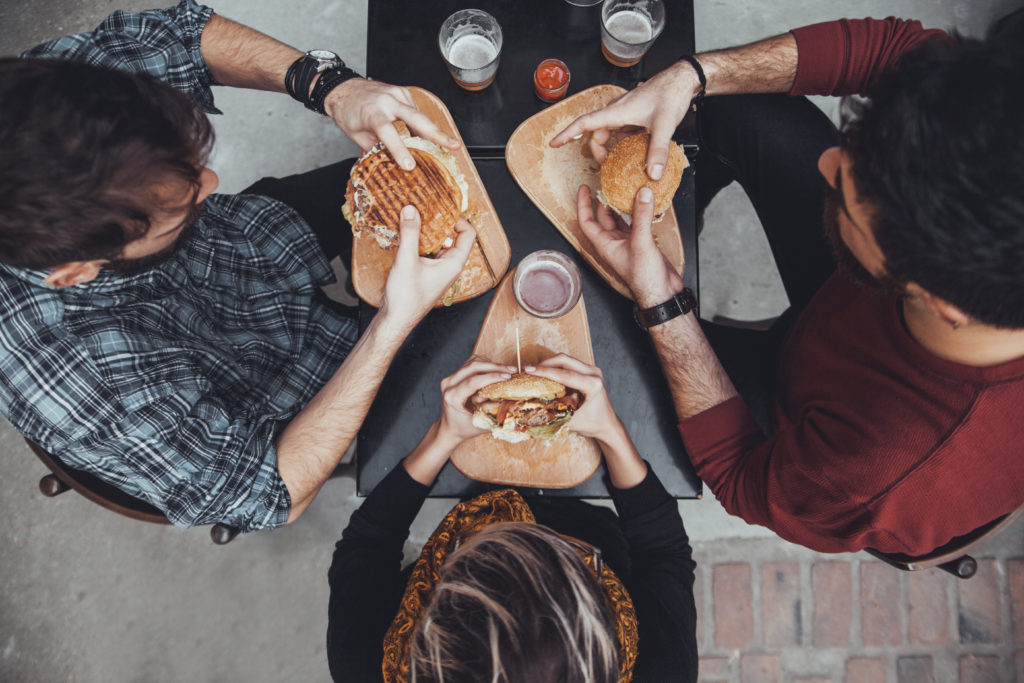 It has become far more familiar, now that we have a name for it, “drunkorexia”.

A “drunkorexic” is someone who believes that they can skip meals so they can binge-drink without putting on weight. Experts say that drunkorexia, so named because it straddles the line between an alcohol disorder and an eating disorder, is not a new condition.

Previous research has suggested that more women engage in drunkorexia-type behaviors, especially drinking-related bulimia. However, new studies have found that young men were vulnerable too.

Let’s start with the basics about what happens to your body when you skip a meal.  To begin with, skipping just one meal causes your blood-sugar levels to drop. Sugar is the fuel your body runs on. If it is not circulating in the appropriate amounts, every organ in the body is affected.

Without a ready supply of new calories, your system tends to shift into “starvation mode” in an effort to conserve energy. Your metabolism begins to slow. The food eventually taken in is not burned-off very efficiently. Your metabolism will tend to stay low, since it does not know when the next supply of calories may be coming.

We have all heard that drinking alcohol on an empty stomach is a bad thing, but few people understand why. Here is the science. Drinking any liquid on an empty stomach causes gastric emptying. This means that the liquid spends less time in the stomach.

In the case of alcohol, this is when 15% of the alcohol is broken down before entering the bloodstream. Removing this initial step leads to higher levels of intoxication, as the remaining 85% of the alcohol is broken down in the liver. Initially, a small amount of alcohol is absorbed into the bloodstream and sent to the brain. However, this amount increases when the stomach is empty. Blood vessels dilate, and widen more rapidly than when the calories are present to slow the process of absorption. While this causes feelings of warmth, it also decreases both blood pressure and pulse rate. Drinking alcohol on an empty stomach also leads to temporary dehydration due to excessive urination and the lack of feelings of thirst.

Although these are some of the immediate effects, longer-term effects may include liver and kidney damage, depression, anxiety, and even addiction. While all of these side effects are present with regular consumption of alcohol, the process is sped up when consuming alcohol without any food in the stomach. One timeless piece of wisdom about drinking: “Never drink on an empty stomach”.

A heavy night of alcohol consumption can cause anxiety, impotence, and a slower heartbeat. The morning after is very likely to cause cravings for fatty, sugary and salty foods as the body tries to restore blood sugar and fluid levels. Any thoughts of “saving” calories go right out the window. There are reasons that six-pack drinkers do not have six-pack abs. It is not just because of the high-calorie booze. Research shows there are many ways that alcohol can hurt your diet. Even the average drinker may have made poor food choices because of alcohol. A Dutch study found that it took people longer to feel “full” when they drank alcohol before a meal. Calories consumed from alcohol are not recognized by the body as “food”.  This is why you do not feel full from alcohol calories.

A Northwestern University study found that alcohol actually increased food consumption, from craving greasy food. Nutrition experts agree that it’s important to be aware of the calories in alcoholic drinks.  They also caution that alcohol should never be substituted for food.

The bottom line is, starving yourself so you can drink does not work! Alcohol contains high calories, and it only ends up making you eat more. Is it worth it?