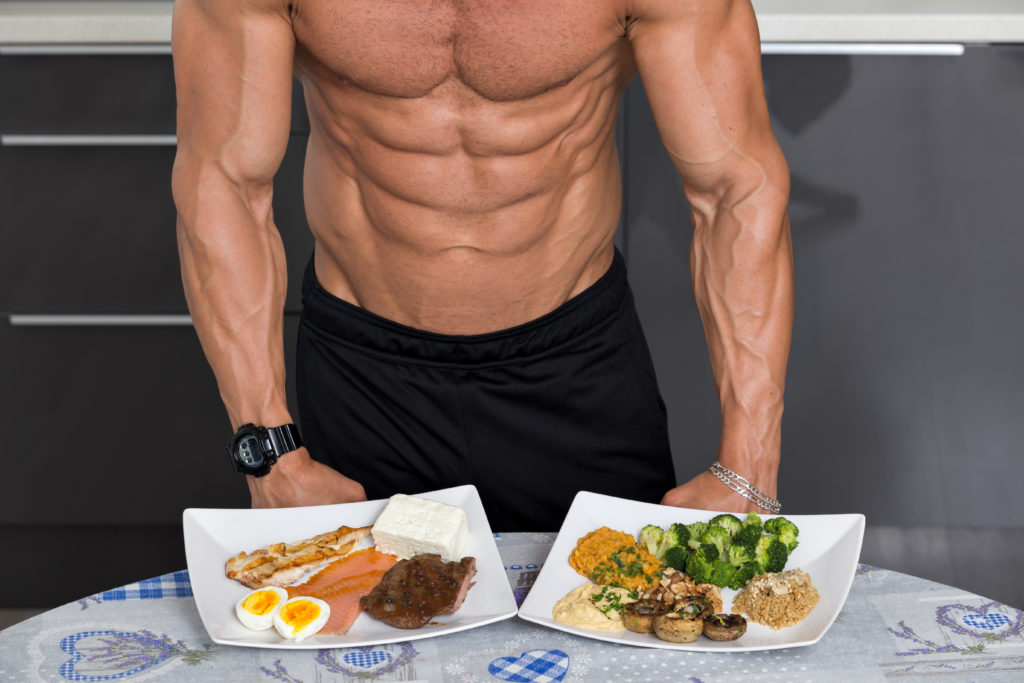 Researchers had subjects placed on a time restricted feeding consisting of a regular diet. The time restricted feeding group consumed all calories within a four-hour period for four days per week, but included no limitations on quantities or types of foods consumed during this four-hour period. So eat anything you want when you are re-feeding during this 4 hour period. Additionally, the subject’s consumed a resistance training program performed three days per week and consisted of alternating upper and lower body workouts. For each exercise, four sets leading to muscular failure between 8 and 12 repetitions. On the three days per week that participants performed resistance training, they were allowed unrestricted food intake. On non-workout days (four days per week), participants were required to consume all calories in any four-hour window between 4 p.m. and midnight.