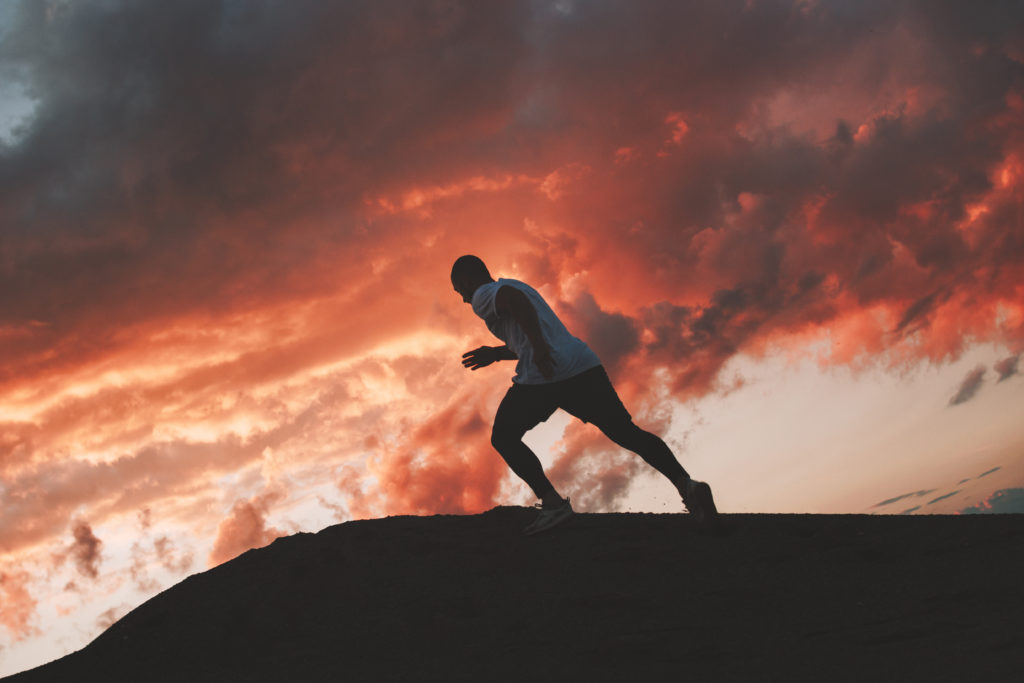 Background of Interval Training
The American Council of Sports Medicine (ACSM) recommends a healthy adult should strive to perform 150 minutes of moderate-intense cardiorespiratory exercise training a week, to maintain a healthy lifestyle. The problem is, one of the most common reasons that people avoid exercise is they feel they don’t have enough time. During any busy week, who wants to spend two and a half hours on an elliptical staring at a monitor that’s only entertainment value seems to be stacking little yellow dots? What if, instead, you could get the same benefits from three 10 minute sessions a week?

Sprint interval training (SIT), or the more popular high intensity interval training (HIIT) are modalities of cardiorespiratory exercise that have been growing in popularity over the last decade. These two methods involve repeating multiple short burst of exercise at a high intensity with rest in between bouts. This form of exercise is very different from what we think of as traditional methods of cardio. In the movie Rocky, we saw Sylvester Stallone running through the streets of Philadelphia, not performing sprints on a Concept2 rower. So was this prized fighter wasting his time?
If we’re following the principle of specificity, then, yes! Rocky would have been better off repeating 12 three-minute sprints with one-minute rest between rounds. That would better simulate the work-to-rest ratio of the prize-fight he was preparing for. But, we’re not all Rocky Balboa. If we are actually looking to get better at endurance running, then, interval training has a lot to offer!

Increase Aerobic Performance
In a study by Burgomaster et al. (2005) sprint interval training was assessed for its effects on endurance capacity. Before training, the subjects completed a cycle endurance capacity test. The group, on average, was able to ride for 26 minutes before reaching fatigue and failing to maintain the necessary cadence. Then, they completed three workouts a week (Monday, Wednesday, and Friday) for two weeks. The training sessions included repeating six “all-out”, 30-second sprints, with four minutes of rest between tests. For you math people out there, that’s 9 minutes of intensive exercise a week (141 minutes less than what’s recommended from the ACSM)! After the six training sessions were completed, the group’s average endurance capacity was 51 minutes! After just 18 minutes of sprint intervals, these subjects doubled their endurance capacity!

Doubled Endurance Capacity in 6 workouts!
A year later, Gibala et al. (2006) repeated the study comparing the interval group to one that performed 90-120 minutes of continuous, steady-state cardio three times a week. Although the interval group’s training volume was 10% of the endurance group, and their time commitment was 8 hours less over two weeks, there was no difference between their post training results. Both groups improved equally!
At first sight, this example might seem extremely appealing! Only 9 minutes of work and you double your endurance capacity? Well, when you factor in the warm ups, rest periods, and cool-downs, each training session would take roughly 25 minutes. That adds up to 75 minutes a week. But, this is still considerably less that the 150 minutes ACSM recommends (but not the 30 minutes I promised you).

Since the Burgomaster et al. study came out, research of interval training has continued to grow in popularity. Scientists have labored to push the limits and find out just how little exercise is necessary to receive the same benefits from traditional endurance training. In 2014 Gillen et al. published a study in which their interval format consisted of three “all-out” 20-second sprints with two minutes of rest between tests. They also included a two-minute warm-up and a three-minute cool-down. This became known as the “ten-minute protocol”, as the entire training session wouldn’t take more than ten minutes. The interval group trained three times a week for six weeks. This very low volume training routine resulted in a 12% increase in VO2 peak, a 14% increase in maximal workload, reduced mean arterial pressure, and improved skeletal muscle oxidative capacity! These improvements came from only 1 minute of intense exercise, three times per week!

Improvements After 1 Minute 3x a Week! Burn More Fat
As an added bonus, interval training has also been shown to be significantly more effective at burning fat when compared to long slow endurance training. Trapp et al. (2008) compared performing 8-second sprints with 12 seconds of rest for a maximum of 20 minutes, against performing 40 minutes of steady-state training. Both groups trained three times a week for 15 weeks. The interval group not only increased their VO2 peak by more than the steady state endurance group, but they also lost five and a half pounds of fat mass, while the endurance group actually gained a pound of fat!

Interval training has a lot to offer. Whether you’re looking to get faster, improve your endurance, lose fat, improve your cardiorespiratory health, or just squeeze in a workout during your busy day. There are plenty of variations on interval training out there. One of the most popular is the “Tabata”, popularized by Dr. Izumi Tabata in his 1996 study. The study involved Olympic speed skaters. Most any interval format and method of cardio (run, bike, swim, row) will work as long as you remember the key principles. Alternate short periods of near maximal sprints with less intense recovery periods. Generally, longer rest will be needed to maintain maximal intensity and workouts should not last longer than 30 minutes. For examples of formats mentioned in this paper, see the table below. Happy sprinting!