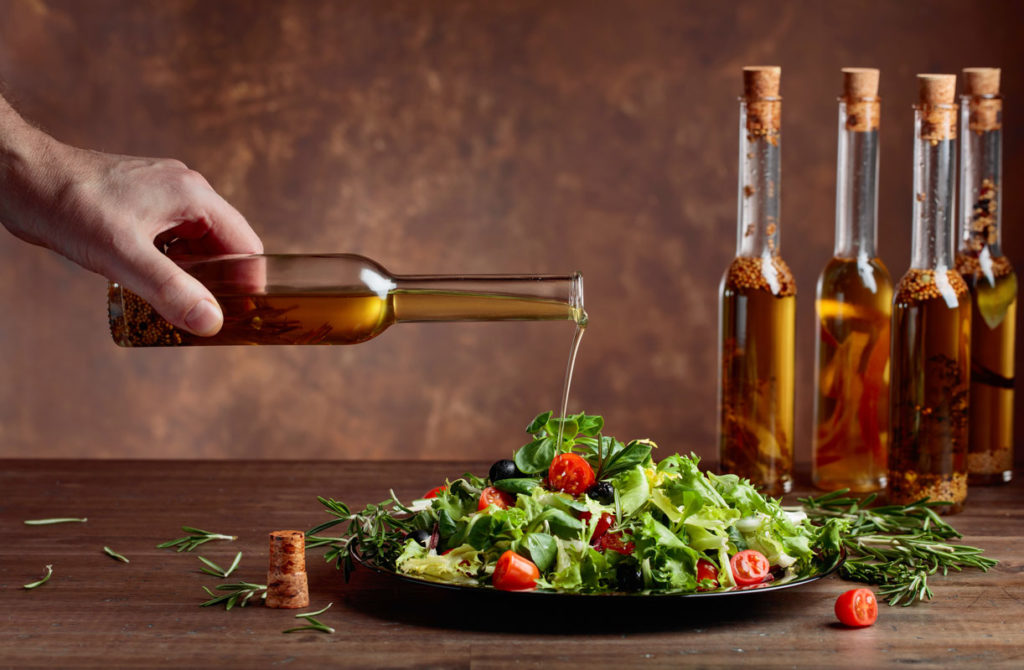 Scientists are always looking to the plant world to find medicinal and therapeutic secrets. Discoveries of natural compounds within the olive tree and olives, provide promising health and medicinal benefits. Organic olive oil has significant health-related properties that have spanned cultures over the centuries in the Mediterranean region. The Mediterranean olive was native to Asia Minor, and dates back 6000 years. From there it spread throughout the Mediterranean basin. Therefore, it is one of the earliest known cultivated trees. According to the Bible, a dove brought back an olive leaf to Noah. Certainly, an indication the great flood waters were abating.

The olive tree thrives best in a sunny position and climate. Olive trees prefer a rocky subsoil. The trunk is knotty, hard, and gnarled, the bark smooth and ash colored. Olive wood is valuable for its durability and is crafted into many items such as gourmet cooking utensils. The olive tree experiences slow growth, but it has a long lifespan. So it is reported that the olive trees on Mount of Olives in Jerusalem, are over 2000 years old. It is believed the Bible passage of “the fruit thereof shall be for meat, and the leaf thereof for medicine,” refers to the olive tree. Olive leaves are silver grey-green and possesses “olive leaf extract” which is pressed from them.

Olive leaves extract oleuropein, a bitter substance. In the 1960’s researchers reported that oleuropein lowered blood pressure in animals. Therefore, this caused immediate scientific interest in the olive leaf. Similarly, there are new studies. Even more, suggesting that olive leaf extract may be a natural preventative against the common cold and flu.

The olive is believed to be a source of wealth for the Minoan Kingdom. Egyptians tombs dating back as far as 2000 BC have been discovered to contain olives. The Greeks spread their knowledge of olives to the Romans who, in turn, spread it across their vast empire. Furthermore, the use of olive oil has been advocated by many religions and cultures. The early Greek Kings were anointed with it. Later, it was also used to anoint winning Olympic athletes. Across many cultures, it is recognized for healthy benefits for both the inner and outer body. Some research indicates extra-virgin olive oil is the most digestible of the edible fats. It also helps to metabolize vitamins A, D and K in the human body. Another benefit of consuming includes slowing down the aging process and helping the liver, bile, and intestinal functions. Culinary attributes and the organoleptic virtues of flavor, bouquet or aroma, and color are values of olive oil. Various grades derive from the time of pressing. Earlier pressings are regarded as better quality. Cold pressed olive oil is a process requiring no heat or chemicals, which can destroy vital nutrients. As a result, this first-pressed, “virgin” olive oil is generally the best to use for cooking and healthy cuisine.

Olive oil forms an integral part of the basic Mediterranean diet. Therefore, it is extensively used in cooking. It is a much healthier substitute for butter. Strong and pungent flavored olive oils are great for frying fish or other items having a strong flavor. Extra virgin olive oil goes well with salads. A late harvest mission variety olive oil, which is mellow, can be used for baking cakes. Gourmet olive oil is a healthier and tastier substitute to other fatty cooking oils. Also, the health benefits of cold pressed olive oil already have federal agency approval. The U.S. Food and Drug Administration authorized marketing ads. Ads that say organic olive oil helps reduce the risk of coronary disease and disorders.