Here, at the start of a New Year, I am often asked about what would be considered “reasonable” goals for changing to a fitness lifestyle.  I am mildly amused at the question, because it assumes two examples of “default thinking”.  The first is mistakenly thinking that any “changes” that occur will be confined to the physical.  (Let’s face it, the reason most people adopt a fitness lifestyle is vanity.  They want to look good and, yes, sexy.  In my thirty years in private practice, I have found this to be true regardless of the age of my audience.  It’s certainly understandable among a group of adolescents, but it holds true with Baby-Boomers, and even geriatrics!).  The second mistake is the notion that the “only way” to ensure success is to set goals.  But, what if there were another way? Let’s review what we know about goals and goal setting before we go on.  In the first installment of this two-part article, I want to make sure we’re all on the same page before I begin to challenge your own “default thinking”.

Since we were kids, we have been taught to “pick a goal, and go for it”.  Beyond that, we have also been taught to “reach for the stars”.  Often, this amounts to little more than lofty day-dreams with modest commitment and poor chances of success.  You could improve your odds of success by clearly defining what it is that you want to accomplish.  Determine where you are right now, and figure out where it is you want to go.  We have been taught to set short, intermediate, and long term goals.  Then, we try to connect the dots. We string them together to form a map that is supposed to pass as a plan-of-action. We believe that “the shortest distance between two points is a straight line” (even if it takes us through a mine-field!).  So far, so good…

Another characteristic of goal setting is more cultural.  We tend to live in a hurry.  Immediate gratification is a powerful force driving us.  From instant bankers, to online shopping, to fast food, we demand (and expect) immediate results.  It’s only natural that this mind-set would creep into other areas of life.  The result, the product, the goal is all that matters.  Precisely how we get there is of lesser importance.  There is a temptation to adopt a “quick-fix” or “bottom line” attitude.  In an effort to save time, we like to “cut-to-the-chase”.  (When something is being explained to you, haven’t you ever been tempted to say “Look, I haven’t got time for this. Just tell me what I need to know”?) This attitude comes with a price. We accept this “shortest distance” at the expense of clarity and context.   Ultimately, we may not get all that we want, but at least we got it quickly!

Curiously, these attitudes are seen in our daily conversations.  It’s implied that we should “keep our eyes on the prize” to “win at all costs”, and that “failure is not an option”.   Granted, there are situations to which these apply, but it’s not too great a leap to say “the ends justify the means.” But, now we’re getting into a discussion of morals and ethics that exceed the scope of this article. While goal setting may be useful and satisfying, there are some draw-backs to the tactic.

Goal-setting is linear. It has you move from where you are to where you want to be as directly as possible.  Nothing matters unless the goal is reached. The purpose of goal-setting is to achieve the goal; to win. All attention is devoted to accomplishing that end-product.  If you do not reach the goal, then you will have failed. Sometimes this bleeds-over into being a “failure”.  Further bleed-over occurs when being a “failure” has you thinking that the entire effort was a “waste of time”. Not very encouraging.

To assist us with the goal setting and eventual mastery, we are told that the goals must be “SMART”.  They must be Specific (to clearly identify and define the goal to be as specific as possible). They must be Measurable (to weigh, time, measure as accurately and consistently as possible).  They must be Attainable (here we get into a judgement call, as most people either over or under estimate their abilities.  Not difficult to understand when we are raised to believe that we all “can do anything”). They must be Realistic (another judgement call that, with “Attainable”, represents the source of most failed attempts at change).  Finally, they must be Time-Limited (setting a specific time to complete the goal).  You can see that these elements can have many moving parts.  A change in any one may dramatically affect the others.

Even when goals are achieved, there may be disappointments.  I see patients/clients and have them talk about their greatest accomplishments.  They are usually comfortable talking about their prizes, but not much mention of the journey.  When we look over their accomplishments, they usually appear disjointed and unrelated.  They may have made the All-Star Team, but their relationships with family & friends is no better.  The rest of their lives may be a trail of debris and missteps.  But, at least they won the trophy. Reaching the goal often appears to be an isolated incident in their lives.  Curiously, this often results in disappointment.  They feel that they should be blissfully happy, but they have a nagging sense that something is missing.  This will help set the stage for the next installment for a very different approach to achievement.  Do not leave with the impression that goal-setting is not useful, or wrong.  Quite the contrary!  There are times when this goal-setting “tool” is quite useful, and even necessary.  I look forward to continuing this discussion in the next issue when I introduce the “anti-goal-setting” approach. Until then…relentlessly pursue mastery!

Exercise is Crucial When You Work at Home 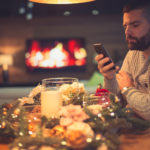 Home Alone: Single for the Holidays

January 5, 2018
0
Single for the Holidays - It’s that time of year again Relationship statuses are changing quicker than the weather. Starting in November, we have... 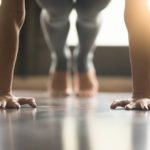 Push up Workout: Drop and Give Me 20!

November 13, 2017
0
By Joe Palumbo IFBB Professional Bodybuilder During his 30-plus years on television, the Late Jack LaLanne regularly demonstrated proper push-up technique and wowed us with feats... 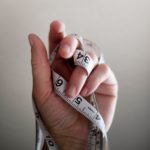 November 17, 2017
0
By Dr. Tom Fisher It took me a while to decide which of the three I wanted to list first, and to establish the order... 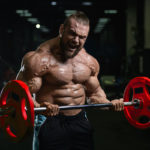 May 9, 2019
0
By Muscle Media If you'v been training, here's a short list of bodybuilding fiction. 1. 12 Rep rule fiction Most weight training program include this much repetitions... 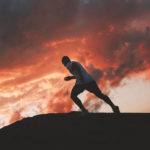 August 30, 2017
0
BY Robert O’Mullan Background of Interval Training The American Council of Sports Medicine (ACSM) recommends a healthy adult should strive to perform 150 minutes of moderate-intense...

Exercise is Crucial When You Work at Home