The Science of Superset Training 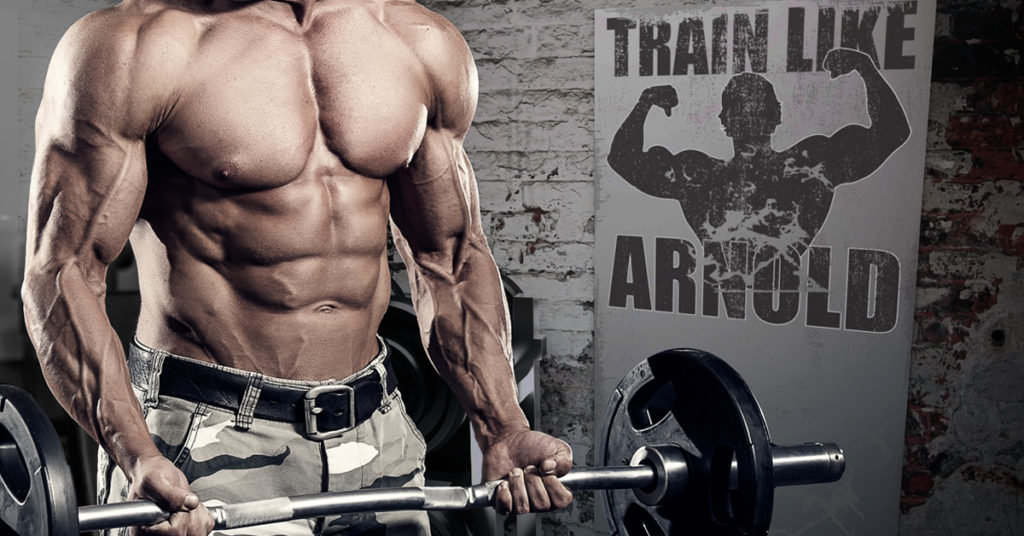 A ‘‘superset’’ describes groups of exercises (i.e., usually performed successively targeting different muscle groups but can be used to describe protocols grouping exercises targeting the same muscle group). A typical “superset” would be a set of bicep curls followed immediately by tricep extensions.  Another “superset” combo would be to do a set of bench press immediately followed by bent over rows. “Superset” training has been shown to enhance power output and be a time-efficient means of developing strength and power.  There are a few scientific studies to suggest that the activation of the antagonist muscle can enhance muscle power output. For example, in a study of trained male athletes, it was observed that there was an increase in the power output in the bench press throw (performed on a smith machine where the athlete takes the bar and throws it up as high as it can go for maximal power) 3 minutes after a set of ballistic bench pulls (person lies on the bench and pulls the weight to his stomach, similar to doing a bent over row but done on a bench press), compared to power output in a set of bench press throws with no intervention. It was suggested that the antagonist of the back preloading might have altered the neural firing pattern during the agonist power exercise of the chest.

– Passive recovery –three sets to repetition failure were performed for the seated row with a two-minute rest interval between sets without pre-exercise stretching. The subjects rested passively during the inter-set rest period.

–Stretching the opposite muscle –forty seconds of stretching was applied to stretching the chest while training back. A researcher applied a passive stretch to the pectoralis major muscles for 40 seconds during the inter-set rest period while performing the seated row.

The researchers found stretching the opposite muscles (i.e. chest) during the seated row exercise led to a significant increase in the number of repetitions performed as well as increased muscle activity of the lats and bicep muscles. Therefore, the antagonist or opposite muscle stretching may enhance repetition performance and activation of agonist’s muscles in an acute manner. The key finding of the study is to stretch the opposite muscle trained during exercise for an increase in the number of repetitions during each workout.

Adding superset training to your pre-contest bodybuilding regimen may be something you also want to incorporate. In a previous study from Syracuse University, researchers studied two types of strength training to see which style burned more calories. In the study, the researchers compared superset training with traditional strength workouts. The participants completed 2 strength-training workouts separated by at least 7 days. Their workout consisted of 4 sets of 6 exercises, and they performed 10 repetitions of each exercise. One week they trained using supersets. One week later they did traditional resistance training. It should be no surprise that the subjects who used supersets had a faster workout. More importantly, the researchers found that the superset sessions took less time to complete, but markers of energy metabolism such as Excess Postexercise Oxygen Consumption (a measure of resting energy expenditure after exercise) were higher, blood lactate measures were higher, and total energy expenditure for the workout was higher. This means superset training lead to a super metabolic rate for burning fat!

Increases in testosterone and GH have been implicated in the role of muscle growth and strength. It has been shown that high intensity resistance exercise is a powerful stimulant for the increase in testosterone levels. In fact, previous research has demonstrated a positive correlation between testosterone in an acute response and an increased number of cellular androgenic receptors. Additionally, it has been found that that there may be a relationship between volume and intensity of training and the basal concentration of anabolic hormones. The same authors suggested that higher testosterone levels at rest are a determinant factor in the development of strength only in high-performance strength athletes. If you are looking for a challenging workout, try supersets and I guarantee you will be gasping for breath! The metabolic demand for performing supersets is incredible; to say your muscles burn is an understatement.

Superset Training is considered a time-efficient way of training; in sum you get more done in less time with superset training. A new study was published in the Journal of Strength and Conditioning Research this month investigating a superset training regimen of coupling of 2 heavy resistance training exercises (bent rows and bench press) performed over 3 consecutive sets. The study reported superset training to be a more efficient method of exercise training than traditional exercise. Meaning if you want to get more done in less time, supersets are the way to go. Bodybuilders wishing to maximize work completed per unit of time may be well advised to consider superset training. Because similar volume loads were achieved under the less time-consuming superset condition, it was concluded that superset training was more efficient than traditional weight training. Interestingly, EMG activity (a measure of muscle motor unit recruitment and muscle activation) were not different under the 2 conditions, suggesting that the level of neuromuscular fatigue did not differ under superset as compared to the ‘‘traditional’’ condition. Results would seem to suggest that the effects on muscle volume of alternating agonist and antagonist work is somewhat less detrimental than are the effects of performing multiple sets of one exercise before performing multiple sets of another.

This means that even though you are doing different movements back to back, you are not going to get so fatigued that you can’t work the muscle. So if you are looking to crank up your volume to increase muscle growth, superset training is the way to go! The current data indicate that heavy resistance training using supersets allows a greater loading to be imposed on the musculature than that achieved with traditional resistance exercise training performing one muscle group. Given similar timelines, it would appear that performing agonist and antagonist work in an alternating manner such as supersets, as compared to performing all sets of agonist work with 1 muscle group allows for greater recovery and subsequently greater loading of the muscle.