Any given day in any given gym you can find bodybuilders training with a particular strategy in mind – training till failure. That point beyond which you can’t possibly press one more pound, squat one more rep, or sprint one more second. That feeling of exhaustion that we’re all so sure will bring about immediate gains in muscle or drop body fat, like an aesthetic Christmas present delivered by the gods of iron themselves.

This strategy (training till failure) did not become so popular by accident. Anecdotal evidence, scientific evidence, and even caffeine-driven urges all conspire to seduce legions of lifters toward that satisfying peak that echoes of sweat well-spent, and goals achieved.

With the dawn of a new year, however, I’m inclined to tilt my perspective a bit. I’m taking an inquiring look at accepted themes and adding a bit of refreshing “newness” to otherwise stale practices. You have likely experienced this same lure to periodically question your own wisdom. If not, play along and consider a few questions that might spark your interest…

Did you ever wonder what happens when you are training till failure? Why we train to failure in the first place? Or perhaps ask yourself (if you’re the extra-rebellious type):

What if failure were only a byproduct?

To take this position, I look at failure here as a superficial outcome of more direct “hypertrophy-causing” processes. After all, such processes might be the reason we train the way we do in the first place.

A brief review by Schoenfeld (2010) outlines such processes and mechanisms quite well. While muscle damage was stated as potentially playing a significant role, metabolic stress and mechanical tension might be more direct to this article’s line of inquisition. And yes, failure is noted in his review as a potential strategy. But let’s take a better look at why we train the way we do while taking care not to throw the baby out with the bathwater.

Metabolic stress occurs during repeated, or long duration, anaerobic work. It is most apparent during times of high-rep, isolation movements that maintain constant tension during the set. Metabolic stress presents itself as that burning feeling near the end of a working set. This burning sensation (a drop in local pH) is the result of a buildup of metabolites created during the repeated or continuous muscle contraction.

A high degree of metabolic stress does ultimately lead to failure. However, failure can be reached without significant metabolic stress through other mechanisms of general fatigue. More simply put:

Mechanical tension is created when force is generated, such as that required by heavy loads, forceful movements, or a combination thereof. Such tension triggers a series of events at the cellular level that lead to hypertrophy. With greater tension comes a greater number of fibers that are activated and a greater extent of hypertrophy-signaling processes.

At some point, as you probably guessed, the ability to apply force (create tension) reaches a maximum. At this point of high mechanical tension, we ultimately see (primarily concentric) failure. However, failure can be reached without significant mechanical tension through other mechanisms of general fatigue. More simply put:

Practically speaking, many training strategies that lead to failure do imply a degree of either mechanical tension or metabolic stress. However, this aspect of the training strategy may quickly be forsaken in lieu of exercises that simply wear the trainee out before ever achieving high mechanical tension or metabolic stress. We see this in practice when trainees perform less mindful movements, such as burpees and random jumping exercises, simply to reach that sensation of failure.

This distinction, between training till failure and optimal stimulation, is where many trainees tend to go awry.

Anecdotal tips for the day:

1. Do away with less mindful movements, such as bouncing or jumping for extended durations. Such exercises may lead to exhaustion, but too often do not impose any appreciable load on the target tissue (mechanical tension) or intense burning sensation (metabolic stress) near the end of your set.

2. Refocus your sets to aim at an extreme burn near the 12th rep, then keep that burn for 30-seconds with cluster sets and 3-second rests/pauses. Do this sparingly, however, as an optimal dose-response relationship will vary between trainees.

3. Refocus your big lifts to maximize load and control over form. Choose a weight you can barely move 3 times with proper form. Master that weight every inch of the way over the course of more sets as opposed to more reps.

Dalton is the proud founder of Follow the Fight, an outreach campaign intended to deliver better fitness education to the Central Florida community. Get at him on Instagram and Twitter @DaltonOliver5.

April 12, 2019
0
You are dating a beautiful but a shy girl or one that is not a talkie. You have already talked about your hobbies, your... 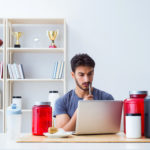 Back to Class? Gain Muscle and Knowledge This School Year

August 25, 2018
0
Don’t let classes stop you from making progress this fall! By Roger Lockridge When you’re preparing to go back to school and start another year, there’s... 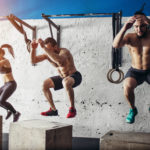 Facts of Fat – Fat Burning Tips From the Pros

October 20, 2017
0
Excess body fat is unnecessary and unsightly. In general, most individuals aspire to lose fat for a variety of reasons. The general population loses... 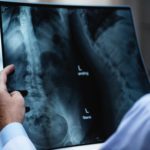 Injuries… You Need to Know How to Avoid Them!

October 3, 2017
0
Through my 20+ years of training, I have had my share of injuries. With trial, error and experience, I have learned how to adapt... 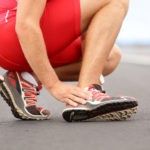 Get Back on your Feet with Ankle Physical Therapy

April 8, 2019
0
By Muscle Media The ankle bears the weight of our body making it highly prone to injuries. Indeed, one of the most common injuries to...