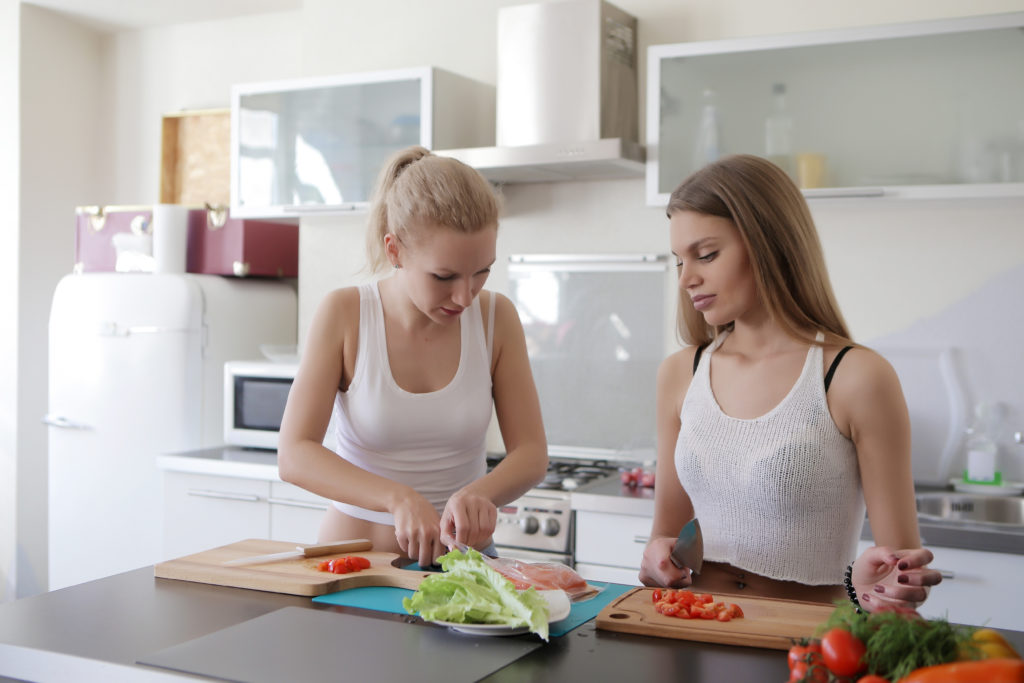 If you examine most athlete’s and bodybuilder’s diet, you would find a large portion of the diet consists of protein’s, carbohydrates, and fats, and smaller portions of fruits and veggies. Fruits and vegetables are essential for health. A new study recently found that leafy greens are essential for feeding good gut bacteria in your gut maintaining healthy gut bacteria and good digestive health. The fueling the colonization of good bacteria from leafy greens, this limits the ability of bad bacteria to colonize the gut. Researchers from Melbourne and the UK identified a previously unknown enzyme used by bacteria, fungi and other organisms to feed on the unusual but abundant sugar sulfoquinovose – SQ for short – found in green vegetables. The research, was published in the journal Nature Chemical Biology, reported that consuming leafy green vegetables results in significant amounts of SQ sugars, which are used as an energy source by good gut bacteria.

Supercharge Your Health with Broccoli

One of the healthiest vegetables to consume for overall health is broccoli. It’s no coincidence that more than 300 research studies on broccoli have converged in one unique area of health science – the development of cancer – and its relationship to three metabolic problems in the body. Those three problems are (1) chronic inflammation (2) oxidative stress, and (3) inadequate detoxification. The cruciferous family contains a number of essential nutrients found in only a few other foods. Besides glucoraphanin, these include indoles, glucosinolates, dithiolthiones, sulfoxides, isothiocyanates, sulforaphane and indole-carbinol. Broccoli is also a significant source of tocopherols, magnesium, selenium, thiamin, riboflavin and pantothenic acid. In a number of laboratory studies, broccoli has been shown to be anti-carcinogenic as well as helpful for heart and cardiovascular disease. Researchers from Italy have recently determined that broccoli will cut inflammation within hours of eating it. And eating broccoli for just ten days will cut the body’s inflammation in more than half. Other studies find it prevents and repairs DNA damage and may even curb osteoarthritis. In 2010 researchers tested 27 young smokers who were otherwise healthy, and gave them either 250 grams of steamed broccoli per day or a control diet. In this study the researchers tested mRNA and DNA enzyme levels – which relate directly to the repair of DNA. They also measured DNA strand breaks within the blood. In this study, the researchers found that those eating the broccoli had 41% drop in strand breaks of DNA, and other changes in enzyme levels associated with DNA protection. In this 2014 study, researchers from Italy’s University of Milan fed 250 grams (one portion) of steamed broccoli to a group of ten young smokers. Then they tested the subjects three hours after the meal, six hours after the meal and 24 hours after. They found that the broccoli significantly increased their blood levels of vitamin C, beta-carotene and folate immediately. And within six hours, their glutathione S-transferase levels significantly increased. Glutathione S-transferase is an enzyme produced in the liver that clears toxins out of the blood and tissues.  Then 24 hours after eating the broccoli, the researchers found that DNA damage due to free radicals was significantly reduced – by some 18% – in many of the subjects. In a related study, some of the same researchers from the University of Milan gave 250 grams of broccoli to a group of young smokers for ten days. Before and after the study the researchers collected blood from the subjects and conducted an extensive analysis of the blood.  They measured the subjects’ various immune cell status, including C-reactive protein (CRP) levels, tumor necrosis factor alpha (TNF-α) levels, interleukin 6 (IL-6) and adiponectin. They also analyzed levels of folate and lutein in the blood.  After the 10-day broccoli-enriched diet the subjects were re-tested and the researchers found that their CRP levels went down by 48%. This is a significant drop in CRP levels, indicating the smokers’ inflammatory levels went down by over a half. The researchers also found that circulating levels of lutein and folate went up as well. The drop in CRP levels was found independent of lutein and folate levels, and the researchers found that lycopene increases also accompanied a drop in IL6 levels – indicating a relationship between lycopene and inflammation factors – as other studies have confirmed. One way or another, broccoli is still one of the best vegetables to include with dinner. 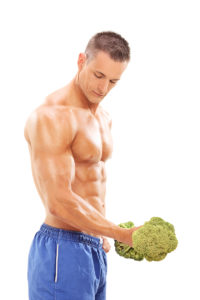 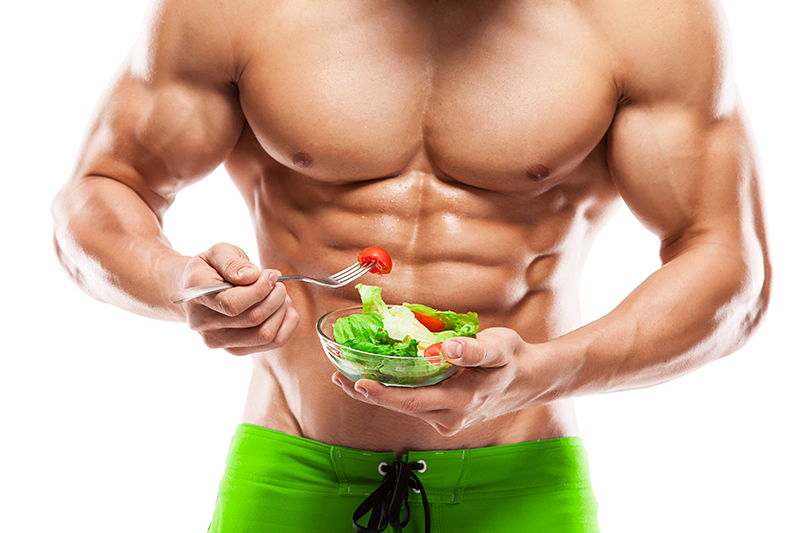 One of the newest trends in the bodybuilding world in the Alkaline diet for muscle mass. The alkaline diet is based on achieving an ideal pH level. The Alkaline diet is based on eating alkaline-producing foods, primarily vegetables and fruits, contain minerals like potassium, magnesium, and calcium that neutralize acids and raise pH, creating an internal environment that’s more beneficial to health. Acid-producing foods, including animal proteins, dairy, and grains, break down into compounds that promote a lower (more acidic) pH, which purportedly stresses the body and promotes disease. Acid producing foods—like meat, dairy, sweets, caffeine, alcohol, and artificial and processed products—are replaced for for a diet rich in fresh fruits, vegetables, nuts, and seeds, which form alkaline substances. Also known as the pH diet or the alkaline-acid diet, the alkaline plan claims that certain foods are high in acid, and that this overly acidic environment can trigger inflammation, which is thought to contribute to a number of negative health consequences. In general, American diets are acidogenic, generating 75–100 mEq acid/d. A previous study found that older men who consumed an alkaline diet was found to increase lean muscle mass. A three-year study with 384 participants looking at diet rich in fruits and vegetables as well as reduced acid load resulted with increased lean muscle mass in older men and women (2). This is important because muscle mass gradually declines after age 50, and loss of muscles leads to greater risks of falls, fractures, disability, and loss of independence. Another study reported that a low acid diet or a high alkaline diet had higher fat oxidation at the end of a progressive treadmill exercise test to exhaustion than those who were consuming a high acid based diet. Researchers examined the effects on low and high acid diets on exercise performance. The study was a crossover trial in which participants underwent exercise testing on two occasions, once after following a low-acid producing diet and once after following a high acid producing diet.

The general strategy used for the low-acid producing diet was to increase the consumption of alkaline promoting foods such as fruits and vegetables and to reduce the consumption of acid promoting foods such as meats, cheeses, and grains. More specifically, participants were instructed to consume 6-8 cups of vegetables and >4 servings of fruit each day.