If you look at the training regimen of great bodybuilders like Ronnie Coleman or Dorian Yates, they trained one way: heavy! Each workout, both of these bodybuilders believed in pushing themselves to the absolute limit, followed by a week of recovery.  It’s also no surprise that both of these great bodybuilders have had career ending injuries while training this heavy.  Contrary to heavy lifting for several months, a new system of bodybuilding that has been around for decades is weekly undulating model is characterized by a “wave-like” workload distribution over time achieved by frequent variation of the training contents within each mesocycle (usually represented by several weeks of training. So accordingly, the lifter will combine all the different training regimens in a week’s working combing hypertrophy training (8-12 reps), strength training (4-8 reps) and power training (1-3 reps).

Most bodybuilders train with block periodization is which their trailing cycle is divided into several phases with a unique goal and a duration of 6-8 weeks.  For example, in the offseason, most lifters train heavy and bulk up and as they transition to a competition, they train lighter as calories are cut back.   The first block or phase of the resistance training program is usually focused on muscle hypertrophy in the offseason, whereas the subsequent phases are dedicated to higher repetitions as the competition season approaches.

So should a bodybuilder train in blocks or should they try a weekly undulating periodization routine in which they combine all cycles in a week.  A previous study by professor Kraemer found that periodized multiple-set resistance training protocols were superior to low-volume single-set resistance training to enhance maximal strength, fat-free mass, and serve velocity in competitive collegiate women tennis players.  This was the first study to open up the possibility that including a multiple regimens of strength, power, and hypertrophy rep ranges is superior to just training with heavy weights with 5 repetitions.  Researchers wanted to examine a weekly undulating training routine to a block periodization routine and examine muscle strength and muscle mass gains.

Seventeen recreationally trained women were randomly assigned to either a block periodization group or a weekly undulating model group.

Participants of both groups trained 3 days a week for 10 weeks. The block periodization and weekly undulating model programs used the same exercises, and the difference between the 2 programs was in the distribution of the training volume within each training phase.

Participants of both groups trained 3 days a week for 10 weeks. The block periodization and weekly undulating model programs used the same exercises, and the difference between the 2 programs was in the distribution of the training volume within each training phase.

Anthropometric measures and strength testing were performed before (PRE) and after 10 weeks (POST) of training.

Both groups significantly increased arm muscle hypertrophy whereas improvements in thigh muscle size were significant in the weekly undulating model group only.

The weekly undulating model group showed greater increases in lower-body muscle area by an average of 5.8% compared with an average of 1.6% in the BP group. Results of this study indicate that the weekly undulating model model is more effective than the block periodization model for increasing maximal strength and muscle size in the lower body in women.

All About Working The Transverse Abdominals 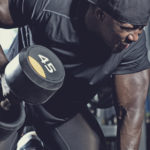 March 2, 2017
0
Any given day in any given gym you can find bodybuilders training with a particular strategy in mind – training till failure. That point... 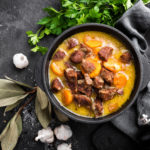 Going Keto? This Bacon Cheeseburger Soup is For You! 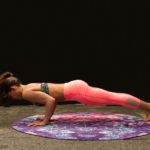 A Different Approach to your New Year’s Resolution

January 4, 2018
0
It is a New Year. We have had our Holiday celebrations with good food and drinks. Now, many of us want to get healthier... 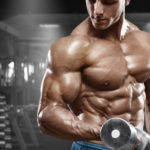 July 4, 2017
0
Nitric oxide (NO) has led a revolution in physiology and pharmacology research during the last two decades. Nitric oxide is the popular name for... 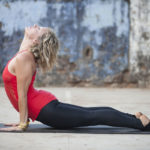 April 24, 2019
0
By Muscle Media Anusara Yoga is an inspiring and heart oriented yoga.  Also grounded on Universal Principles of Alignment for the outer and inner body. ...

March 24, 2020
0
Muscle Media Herbal heat packs are used for back pain, neck pain, eye strain and to give other forms of relaxation. Commercial herbal packs could...