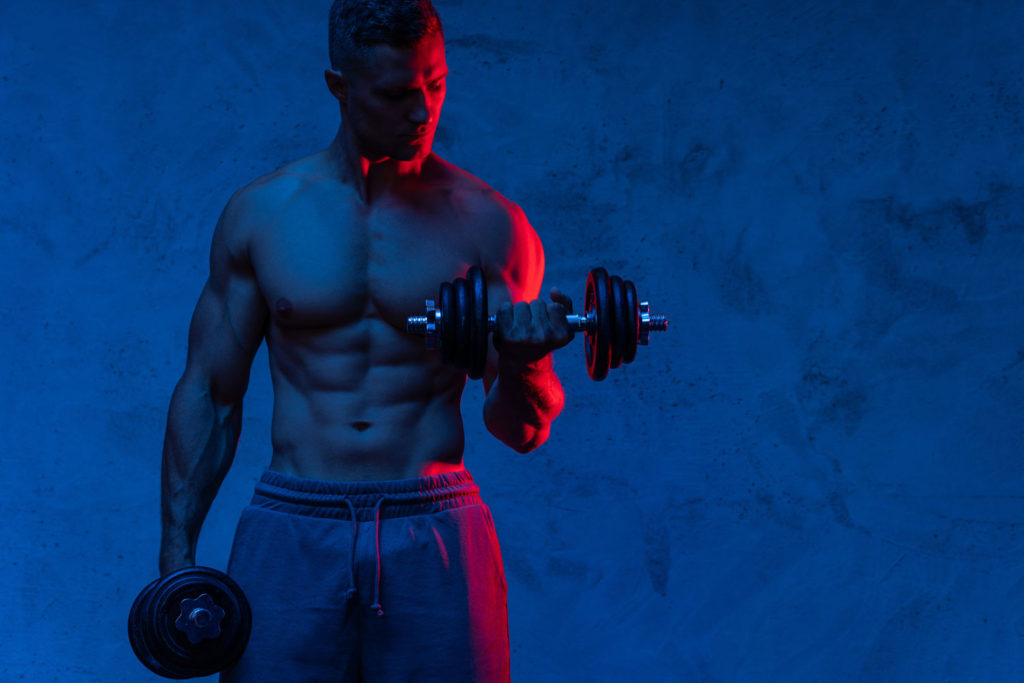 Antihistamines are an over-the-counter medication that are typically taken to help relieve coughing, nasal congestion, sneezing, itchiness, or hives caused by dust, pollen, molds, or pet dander. It is a drug that reduces or blocks histamines and their effects. But there are findings that antihistamines reduce the benefits of exercise and may negatively affect exercise recovery.

Histamine is an organic nitrogenous compound chemical found in some of the cells of the body. It is an important chemical created by your immune system, and it plays a part in a number of different bodily processes. It stimulates gastric acid secretion in the stomach, plays a role in inflammation, dilates blood vessels (increasing permeability and lowering blood pressure), affects the contraction of smooth muscle tissues of the lungs, uterus, and stomach, and affects your heart rate. It also serves as a neurotransmitter, carrying chemical messages between nerve cells and helps fluids move through blood vessel walls. But the main bodily process that histamine is known to play a part is addressing allergies. Histamine is released when your body comes into contact with an allergen, causing blood vessels to swell and dilate, leading to allergy symptoms. The symptoms of a histamine reaction are a runny nose, sneezing, coughing, and watery eyes. And these symptoms may become really uncomfortable, causing people to use “anti-histamines”. Antihistamines are divided into two groups depending upon the receptors they target. The first group is called H-1 blockers, and they treat allergy symptoms. Group two is called H-2 blockers, and they are used to treat histamine problems in the gut including acid reflux, peptic ulcers, gastritis, motion sickness, nausea, and vomiting. The H-1 blocker group could be further broken down into first-generation and second-generation antihistamines.  Antihistamines can be taken in the form of pills, chewable tablets, capsules, liquids, or eye drops. There are also injectable forms used mainly in health care settings.

A team of researchers from Ghent University and the University of Copenhagen conducted a study that consisted of two experiments with volunteers participating in exercise regimens. One was a single session and the other lasted several weeks. The single-session experiment consisted of six men and two women riding an exercise bike for 40 minutes without taking any antihistamines. Those same eight people rode the bikes again for 40 minutes, but this time they took antihistamines that blocked both H1 and H2 histamine receptors. After the volunteers completed their workout, the researchers measured their heart rates, blood pressures, and blood flows. The other experiment consisted of 18 men on exercise bikes. Half of the men were given antihistamines while the other half were the control group. All 18 men participated in a six-week training regimen on exercise bikes three times a week. All had their heart rates, blood pressures, and blood flows measured. From the first experiment, researchers found that “blocking histamine in the first group resulted in less of an increase in blood flow to the muscles during exercise”. While from the longer experiment, they found that “those who were given the antihistamines experienced very little improvement in exercise efficiency, blood flow or muscle growth”. In another 2016 study, a team of nine researchers identified genes associated with post-exercise recovery. For this study, ten men and six women (23-25 years old) participated in a strength training workout that lasted for an hour. But one hour before the workout, eight participants took 540 milligrams of fexofenadine (Allegra) and 300 milligrams of ranitidine (Zantac), while the other eight were the control group. After the workout was completed, the participants were studied to observe their recovery. When you work out, you are imposing stress onto your muscles, damaging the muscle fibers by causing them to tear. After working out, muscles go into recovery, and over 3,000 genes work to aid recovery by boosting muscle and blood vessels. This causes muscle-protein synthesis to increase, which repairs and grows the muscle fibers, giving them the ability to handle more exertion and become more resistant. In time, this process causes the muscles to become bigger and stronger. But after studying the participant’s genes, the researchers found that taking the antihistamine blunted almost 27 percent of gene response, which is 795 of the 3,000 genes used to aid recovery!

The studies found that antihistamines appeared to blunt the benefits of exercise and affect exercise recovery.  But, in the first study the participants took 3 times the normal dosage of antihistamine, while the second study had its participants take 3 times the normal dosage of 2 different antihistamines. So, there’s no need to worry about taking a normal dose of one antihistamine before a workout. Despite histamines being the reason for your allergic reactions, and may be too much at times, they are actually good and are just trying to help you.  In 2020, the Cleveland Clinic said “histamine is on your side. The chemical does its best to regulate help your heart and lungs, and protect your body from foreign allergens, among other roles. But it can be oversensitive, and it can overreact, and that’s where antihistamines can help”

There is still more research that needs to be completed.  More research should be devoted to testing the effects of the normal dose of antihistamines, and the length of time the participants are being studied should be increased. They can also research the effects of different types of exercise and whether the benefits of taking antihistamines while exercising outweigh the symptoms of allergies left untreated.

University of Oregon. (2016, April 14). Antihistamines affect exercise recovery, may or may not be a problem. Medical Xpress – medical research advances and health news. Retrieved 24 April 2021 from https://medicalxpress.com/news/2016-04-antihistamines-affect-recovery-problem.html.