Generation Iron: The Future is Now 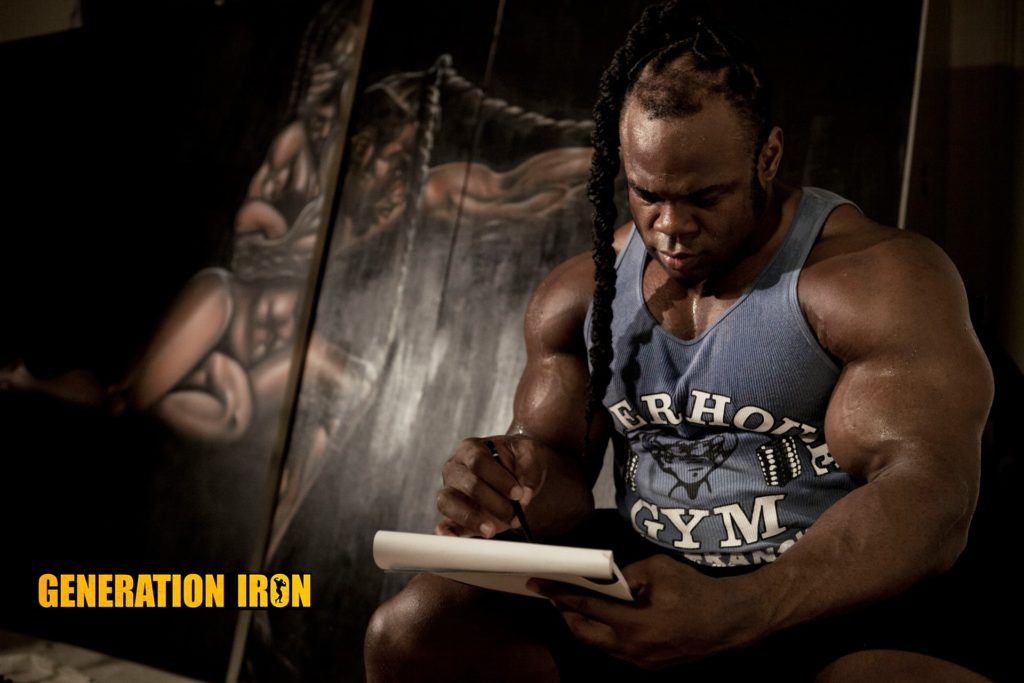 When Vlad Yudin’s documentary Generation Iron released in theaters in September 2013, it enjoyed the biggest opening of a documentary that year in the U.S. Since then it’s gone on to play overseas and has been available to millions on iTunes. And with the launch of Generation Iron website a year later, Generation Iron is establishing itself as a brand synonymous with health, fitness, and hardcore bodybuilding.

Talk about the success of the Generation Iron movie on iTunes and what kind of impact it has made.

We’re enjoying worldwide success and creating a movement. The film itself opened to positive reviews and has had screenings throughout the world. It was the number one documentary in America for three straight weeks following its release. Its won awards and been nominated at various film festivals around the globe. But little by little, more and more, word is getting out that Generation Iron is more than just a documentary about bodybuilding. It’s a movement bringing together health-minded and fitness-conscious people.

Did you picture things this way when you were working on the documentary?

It’s a movement bringing together health-minded and fitness-conscious people.

Talk to us about generationiron.com

The website launched in September, 2014. It’s the first digital network for fitness enthusiasts. We have original content like you’d see on Netflix or Amazon.com, including instructional videos and articles. We’re developing a whole bunch of new content, including a reality-TV like show featuring Bev Francis and Steve Weinberger. Bev is a legend in bodybuilding and powerlifting. She and Steve run one of the best gyms around in Syosset, Long Island (Bev Francis’ Powerhouse Gym). They promote the annual N.Y. Pro, several top amateur shows, as well as judge NPC and IFBB contests. Steve is a character and a great guy, and we think this will play out very well on the screen. Following them around will definitely give people a unique view of the sport. We’re also developing content with other personalities that bodybuilding fans will be familiar with, but it’d be premature to talk about those projects at this time.

Bodybuilding has always been something of a fringe sport. What role might generationiron.com play in addressing that?

We’re hoping to grow the sport and its popularity. That said, generationiron.com is not just a network for hardcore bodybuilding and hardcore bodybuilders. We’re bringing it all together–bodybuilding, fitness, physique. Our target audience is people who want to take better care of themselves and seek to do that through exercise and diet. These days everyone wants to be healthy; everyone is in the gym. Our thing is to bring unity to all these different sports and highlight a lifestyle.

How did you get involved in bodybuilding?

I always loved Pumping Iron. I was intrigued by bodybuilding. In many ways, this is the toughest sport in the world. These men and women are always on point with their training, their nutrition, their supplementation. They have to be. Working on Generation Iron the documentary, I got to spend time with the top guys in the sport. I was able to see what they were all about, what motivated them and what their lifestyles were like. All of this only increased my respect for the sport and its participants. Like a lot of people out there, I might not be able to be a competitive bodybuilder myself, but I can enjoy fitness and a healthy lifestyle.

Your concept (generationiron.com) seems to have come along at the right moment: bodybuilding magazines are downsizing, losing advertising dollars, being acquired by new owners or going out of business. It’s like we’re witnessing the demise of bodybuilding in print.

Where do you see Generation Iron in 3-5 years?

Continuing to grow, continuing to bring attention to fitness and a lifestyle. We attend trade shows–we’ll be at the Arnold Classic next month–and major NPC and IFBB contests. We’ll continue to do that. Our site is frequently updated and will continue to be. Trust me, we’ve got a lot of content coming out. We recently teamed up with Arnold Schwarzenegger’s ASAS (After School All Stars) to be their media sponsor. We’ll develop original content for the kids and a new generation fitness enthusiasts. We’re currently working closely with the New York and Newark chapters.