How Often Should You Train? 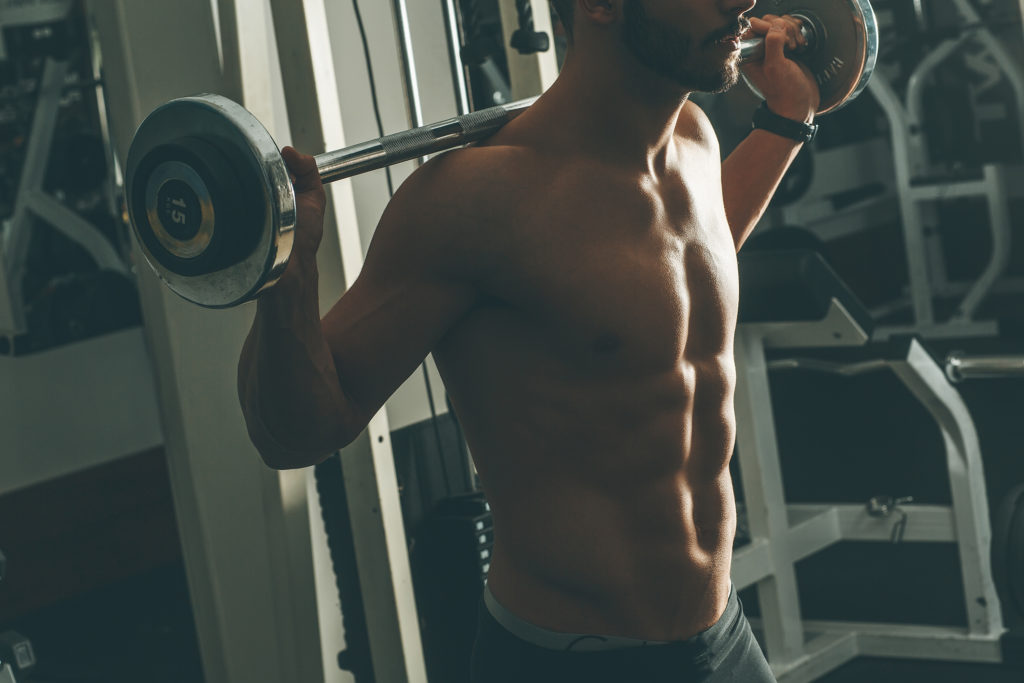 How Often Should You Train Each Muscle to Make It Grow?

After several years of hard training behind you, the gains are coming more slowly than ever. You’ve tried switching things up and doing different exercises. You’ve tried blasting and bombing each muscle group into total submission. But nothing seems to be working. If you haven’t gained any new muscle since the last “Bourne Identity” film, here’s something to experiment with – try increasing your training frequency so that each muscle group gets hit 3-4 times a week.

Routines that involve working each muscle three times a week are often as seen as programs for beginners. But there’s a growing body of research to show that they could be one of the best ways to build muscle even in advanced trainees.

Consider, for example, the results of a recent study that compared two different training routines over an 8-week period – a split routine and a full-body workout1. A group of men who had been training for an average of 4.5 years took part in the study – not the typical “untrained beginners” often used in this type of research. The split routine group trained chest and back on Monday, legs on Wednesday, and shoulders and arms on Friday. The full-body group trained their whole body in each workout, using the same exercises as the split routine group. Sets were done in the 8-12 rep range, with all sets taken to concentric muscular failure. Although the weekly training volume (i.e. the number of sets per muscle group) was identical in both groups, it was just distributed differently. One group did nine sets per muscle group once a week, while the second did three sets per muscle group three times a week.

There was a clear trend towards faster gains in the group hitting each muscle group three times a week. The differences between the groups weren’t dramatic – a millimeter or two here and there. But remember that this study lasted just eight weeks. Over months and years, those small differences are going to add up. Research conducted at the University of Alabama, which also used subjects with several years of lifting behind them, shows similar results4. Both training programs involved three sets of nine different exercises covering the whole body. The only difference was in the frequency of training. The three-day group performed one set of each exercise three times each week, while the one-day group performed three sets of each exercise once per week. Both training programs were followed for a total of three months. Even though the total weekly training volume was the same, increasing the frequency led to superior gains in both muscle strength and size.

But that’s not all.

A study dubbed The Frekvensprosjektet (Norwegian for Frequency Project), looked at two different training programs in a group of Norwegian powerlifters. The lifters were assigned to one of two groups. Both groups followed exactly the same training program, with one key difference.

The first group trained three times per week. Group two split each workout into two sessions, performing six shorter workouts over the course of the week. Put another way, lifters in both the 3-day and 6-day groups did exactly the same amount of work. It was just distributed differently throughout the week.  To keep total training volume the same, the group training three times a week performed twice as many sets in each workout.

After 15 weeks, it was the 6-day group who saw the greatest improvements. In fact, strength gains in the squat, deadlift and bench press were roughly double those seen in the 3-day group. Hitting a muscle group more frequently was also popular with many bodybuilders and strength athletes in the 1940’s and 50’s, before anabolic steroid use became so widespread.

Ben Sorenson was the manager of Vic Tanny’s Gym from 1947 to 1949. At the time, Tanny’s gym was the largest bodybuilding facility in the world. Just half a mile from California’s Muscle Beach, it was popular with many of the top bodybuilders and strongmen from the 1940’s and 50’s. In The New Bodybuilding for Old-School Results, Sorensen describes the routines of some of the bodybuilders he mixed with at the time: “Sure, some of the younger bodybuilders were into split routines and all kinds of crazy sets, reps, and novelty routines. But with the best guys — Steve Reeves (1947 Mr. America), Eric Pedersen (1947 Mr. California), George Eiferman (1948 Mr. America), and John Farbotnik (1950 Mr. America) — their serious, get-big-and-strong training was done with whole-body routines, three times per week.”

So why are advanced lifters better served by an increase in training frequency? One of the reasons is that you’re able to do more work. If you train each muscle group once a week, using multiple exercises, that muscle group is usually fried by the time you reach exercise three or four. But if you’re training each muscle group when it’s fresh, you’ll be able to do more reps with the same amount of weight, or more weight for the same number of reps. An increase in the amount of work done for each muscle is at least part of the explanation for the accelerated rate of growth.

We also know that muscle protein is being built at a faster rate for a day or two after a workout. However, as you become more advanced, the rise in protein synthesis after training peaks earlier and returns to normal more quickly2. The upshot of which is that there’s a smaller overall change in muscle protein synthesis in advanced lifters. Doing more sets and exercises will increase the amount of muscle damage you create. But this doesn’t seem to affect the amount of new muscle protein that gets built after training3. All it does is extend your recovery time, meaning that you have to wait longer before you’re able to train that muscle group “all out” again. In short, leaving an entire week between training each muscle group means that you’re missing out on several additional opportunities to stimulate growth.

If you want to develop a lagging muscle group, build muscle across your entire body, or even just experiment with a different style of training, high frequency training is worth a shot.

Christian Finn holds a master’s degree with distinction in exercise science, is a former personal trainer and has been featured on BBC TV and radio.