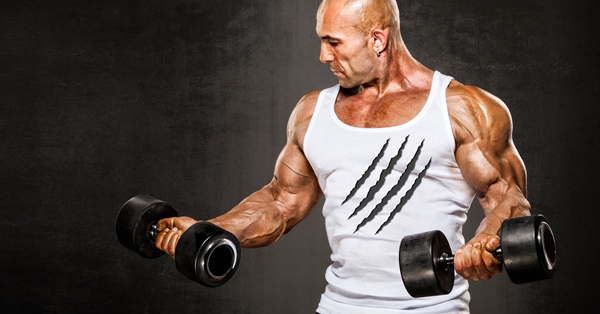 Walk into any gym and head over to the leg press machine and chances are you will see a guy with every plate on the leg press. To the novice lifter, one would think this is an excellent way to build muscle. It makes physiological sense that if you overload a muscle, it’s going to grow. That’s why all those heavyweights are in the gym, to cause muscle damage and spur new muscle growth. It makes sense that using a heavier weight is going to cause more muscle damage and result in more muscle growth. If you notice these lifters that load up the weight on the leg press, many times, they use a partial range of motion instead of using a full range of motion. Partial vs. Full Reps…Does it matter if you use a full range of motion while you are lifting? Is it important for muscle growth? Here are a few studies which may change your mind about using partial reps.

The earliest studies looked at the muscle activation of full and partial ranges of motion. Not surprisingly, the execution of a full range of the movement elicited the greatest muscle EMG activity.

A couple of scientists wanted to test if loading up the bar was going to result in greater increases in muscle mass and strength. Forty subjects were placed into one of three groups:

Biceps were trained using preacher curls on a machine. The partial rep group restricted their range of motion to half of the movement. The weight used was not equal for both groups, however, as the partial group did not have to fully extend, so the amount of weight they were able to handle for the target reps was higher than the full group could handle.

One would expect the group that used heavier weight would have greater increases in muscle mass, but after ten weeks, the full range of motion group had increased their one-rep max by 25.7% above where they’d started.