Fighting for My Life – The Story of a Cancer Survivor 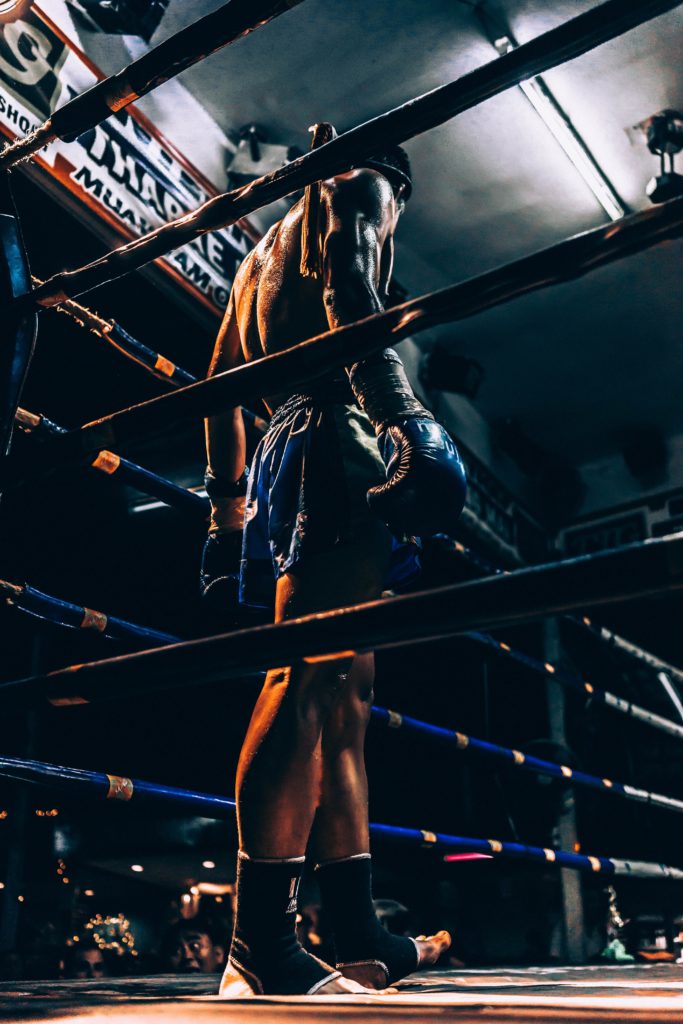 When I was first diagnosed, all I wanted was for someone to tell me, “Hey, I went through this and I made it. It can be done. You can do it too.” I never received that reassurance, but my hope is that my story will give someone what I desperately wanted. Hope.

I’m sure it’s nothing…

It was at the 2008 Arnold Classic Fitness Weekend that I noticed a lump in my neck. It was about the size of a grape. It seemed to appear overnight. It didn’t hurt. It almost seemed like it belonged there. Like it was just a normal “thing” just underneath the skin, barley visible. I’m sure it’s nothing, I hate going to the doctor but seemed like a good idea. A lump is a little scary, but I reassured myself that it was probably nothing. After all, I was in perfect shape, a hardcore gym rat, ate right, never smoked, rarely drank, it’s probably nothing, right? I’m sure it’s nothing the first doctor told me. We’ll send you to an ear, nose and throat doctor just to be safe. Sounds reasonable. “I’m sure it’s nothing.” That’s what doctor number two said as he wrote a prescription for antibiotics. “If it doesn’t go away in 2 weeks, come back.” Well sure enough, 2 weeks later he was scheduling me for surgery to have it removed. Again, he said I’m sure it’s nothing, but we’ll do a biopsy just to be safe.

Am I going to live?

It was late Friday afternoon when I got the phone call. “Please hold for the doctor.” This can’t be good. “We got your results back, you have lymphoma.” “Lymphoma? Isn’t that cancer?” “Yes, it’s a type of cancer.” “Am I going to live?”   This question wasn’t really answered until about 2 months later. Blood tests, CAT scans, PET scans and a bone marrow biopsy later, they finally staged and typed my disease. I was diagnosed with Non Hodgkin’s Follicular Lymphoma 3B Stage 1. Which I found out was very aggressive, very treatable, early stage cancer. In the grand scheme of things, I was pretty lucky. There was a very high probability that I was going to be just fine.[/vc_column_text][vc_column_text]

At this point, I had already been through a lot. The bone marrow biopsy was more pain than anyone should be asked to endure, but was nothing compared to listening to my father cry when I first told him I had cancer.

I hit the gym as hard and as often as I could. I started teaching Mixed Martial Arts to a private group of dedicated students just to keep my mind distracted. It definitely saved me, both mentally and physically. It made me feel almost “normal”. The doctors were shocked by how well I responded to the chemo. By the first round, my cancer was undetectable. Besides from being hairless, you couldn’t tell I was really sick. I owe a lot of that to the gym, a great group of students and one very special person who helped me through all of it.

Nutrition and supplementation became crucial to my recovery. I needed a boost to make it through my workouts. I found Juggernaut by Infinite Labs. It was the perfect pre-workout formula for me. It gave me the energy I needed without upsetting my stomach like so many other pre-workout drinks.[/vc_column_text][vc_column_text]

I was knocked down, it’s time to get up…

It was a full year before I felt like my old self again. It was time to rebuild what once was. I was 215 lbs. of muscle before I got sick. I was down about 30 lbs. and much softer. I hit the gym harder than I have every had. I had a new appreciation for working out. I was so thankful to have my strength and energy levels again. I took full advantage of them. My pain and fear tolerances were pushed to their maximum from my disease. Going hard at the gym was nothing in comparison to what I had been through. I never felt scared to go too heavy, was never to tired to train, never afraid to push myself.

Two years later and I was in best shape of my life. I placed 6th in my first NPC Men’s Physique competition. I competed in the same division for another two years.

I remember sitting in the waiting room at the oncologist looking around at everyone thinking most will not make it through this. I have experienced how precious life is and how quickly everything can be taken away. I will never take my life for granted. I try everyday to show my appreciation that I was allowed to survive.