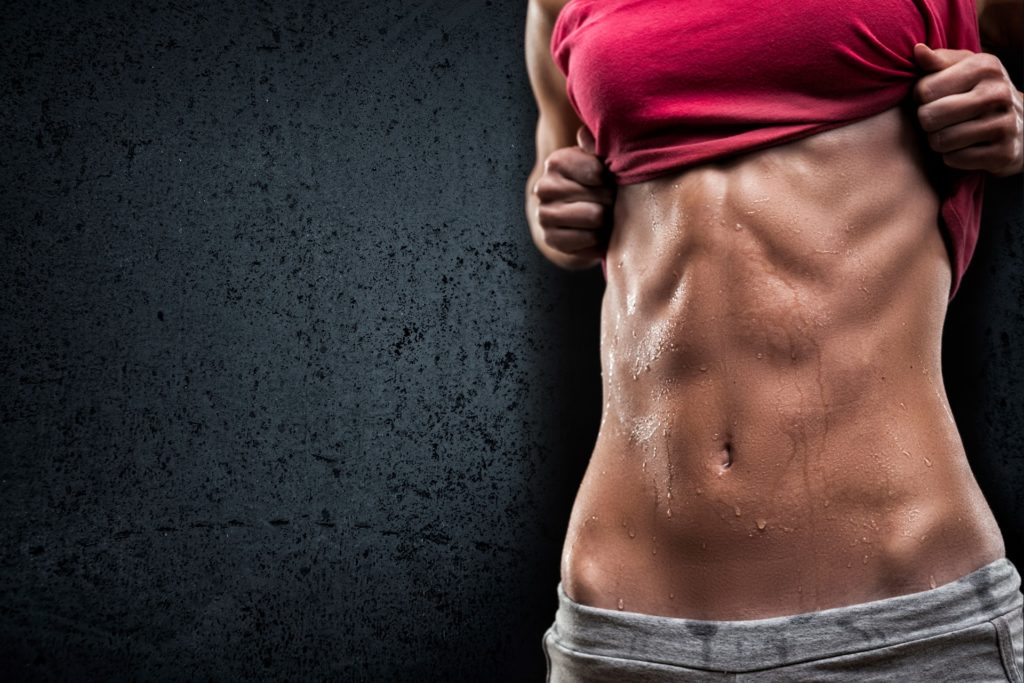 In the 1970s when Nautilus came out with its abdominal crunch machine, everyone in the gym lined up to use it. Copycat machines began popping up, including many that were designed for home use. Capitalizing on the promise of instant abs were scores of celebrity trainers with their six-pack workouts. Science came somewhat late to the party as sports scientists hooked up their EMGs and formulated “strength of evidence” conclusions. As for what’s on the horizon for ab training, only time will tell. For now, a more important question to ask is this: What is the most effective way to train these “core” muscles?

Let’s start with anatomy. The rectus abdominis is one long, single muscle that extends from the top of the sternum and rib cage to the pubic bone. For training purposes this muscle can be divided into two sections: supraumbilical and subumbilical. Supra refers to the part of the rectus abdominis area above the bellybutton, and sub refers to everything below the bellybutton. In this sense, you could call these sections the upper and lower abdominals. As for the obliques, these muscles have a diagonal alignment to the trunk, which is an important consideration for athletes who are looking for the best exercises to increase rotational power.

This specific sequence of exercises is used because the first exercise, the pelvic raise, requires the highest level of concentration. Also, because this exercise focuses on the lower abdominals, they will be more strongly recruited in the second exercise, the barbell rollout. The barbell rollout is the strongest anti-gravity exercise, and thus produces the most muscle tension. The workout is finished with the overhead squat for the obliques, which can be performed lightly for health purposes or heavily for athletics. Let’s take a closer look at each of these exercises.

With this background, let’s look at three of the best exercises for developing the entire length of the rectus abdominis and the obliques. The exercises I’ve selected are the pelvic raise, the barbell rollout, and the overhead squat. A complete workout would look like this: 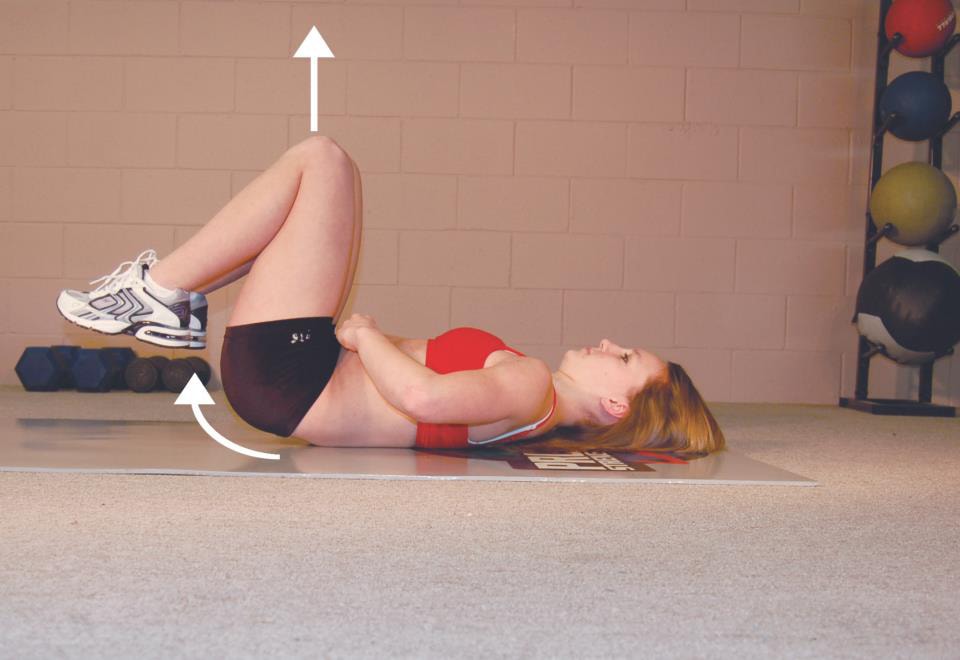 This exercise strongly affects the lower abdominals. The start position is face up, with your hands resting on your lower abs and your upper legs perpendicular to the floor, knees bent. Now try to lift your hips up, without allowing your knees to move towards your shoulders, and without lifting your head. Exhale hard as you lift your hips and hold at the top for two seconds.

When you first perform this exercise, you may not be able to lift your hips at all. That’s OK, because as long as you are contracting the muscles you will get a training effect. Soon you will be able to perform it easily. Eventually, you can make the exercise more difficult by holding a weight, such as a medicine ball, between your knees. 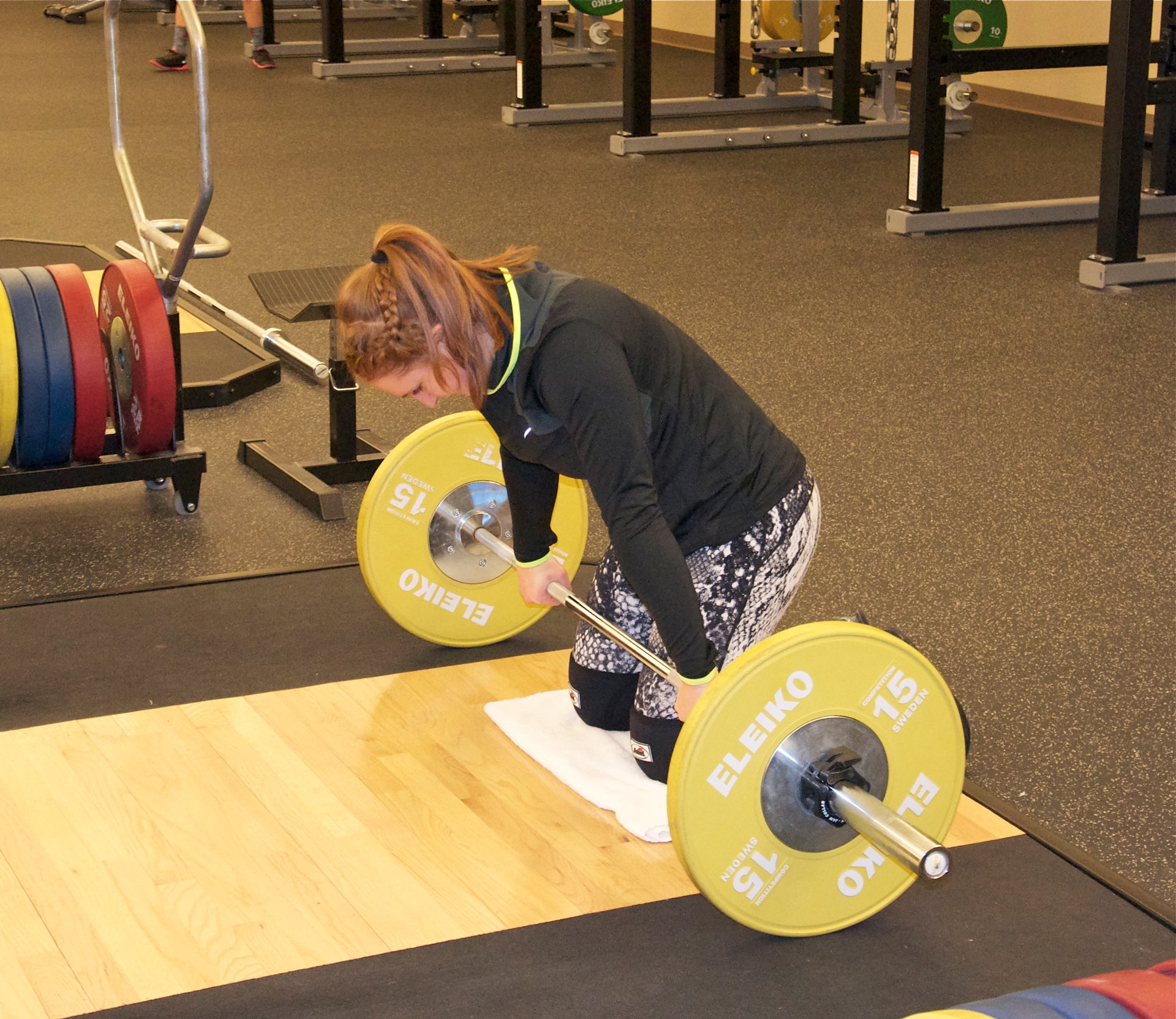 Rollouts are probably the single most effective type of abdominal exercise, but they can easily cause injury. If you haven’t performed any direct abdominal training for some time, it’s best not to attempt this exercise until you have developed a strength base with at least a few weeks of less stressful “plank” exercises.

When you’re ready for rollouts, use an Olympic barbell with the lightest bumper plates. Start from a kneeling position. For maximum stability position your knees hip-width apart and place your arms shoulder-width apart. Keep your feet on the floor.

with the bar touching your thighs. Place your lower back in a neutral position (think about tucking your tail under), retract your chin, hold your breath, squeeze the bar hard, tense your glutes and quads, and then push your hips forward. Try to keep your head in line with your spine (i.e., don’t drop your head). Only when your hips have moved forward as far as possible do you extend your arms, and only reach out to a distance that feels comfortable to you – if your lower back begins to arch, you’ve gone too far. Exhale as you return to the start.

It will take some time for most people to be able to perform the exercise throughout a full range of motion. Eventually, you can make the exercise harder by using either heavier weights or smaller-diameter plates. There are many more advanced variations of rollouts, such as performing them while being elevated on an aerobic step or even performing them from a standing position (which takes a considerable amount of hamstring flexibility). 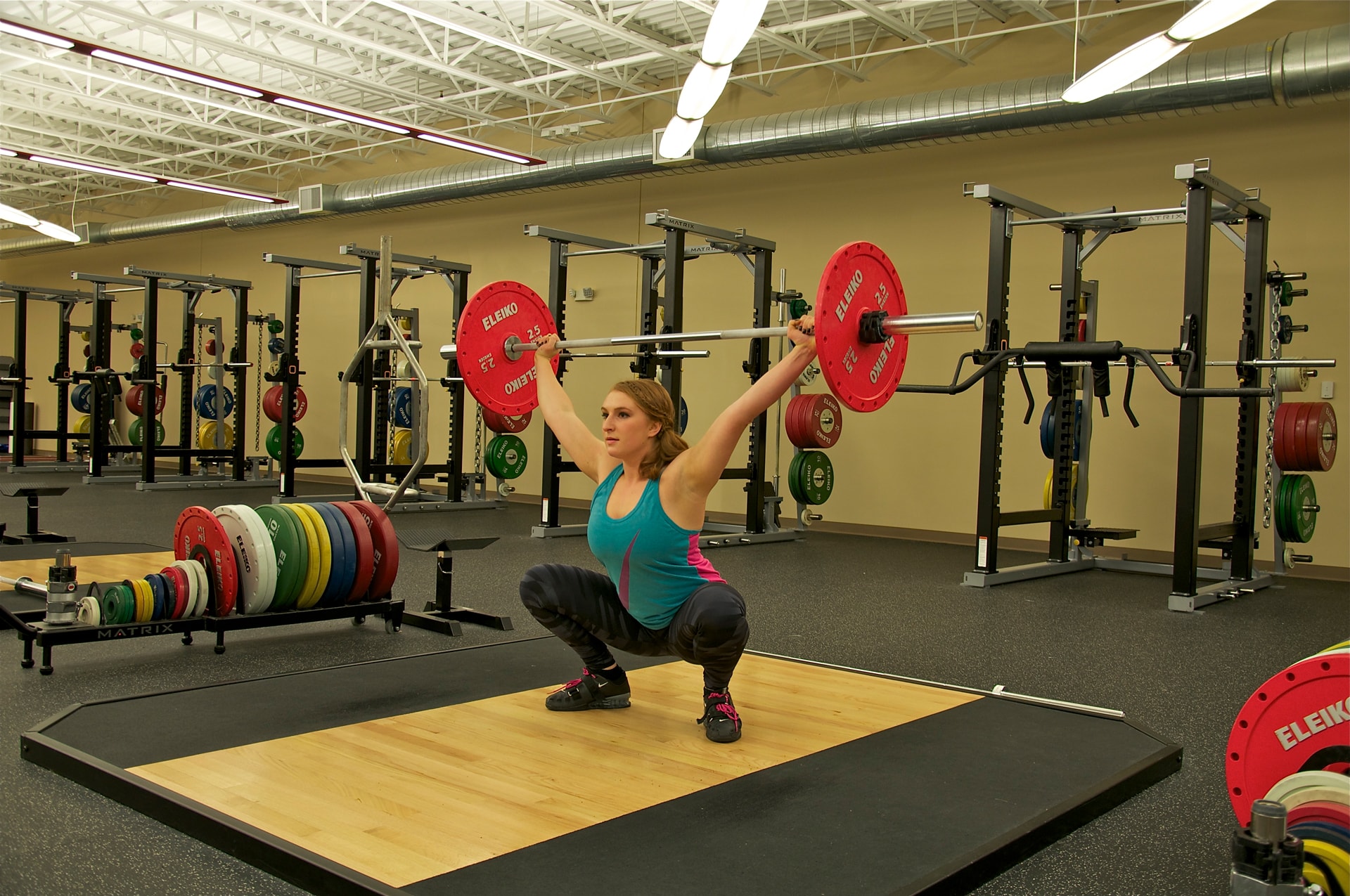 Because a thick waist is an undesirable trait for figure and physique competitors – and for anyone who wants an impressive V-taper – direct training for the obliques is often discouraged within these groups. For spinal health, however, everyone should occasionally perform some work involving these muscles.

Safety is especially important when working the obliques, but many athletes and fitness enthusiasts endanger themselves by performing risky movements in the hope of improving rotational power. Often they are unaware of the anatomical significance of the obliques. Exercises that are particularly risky include those that involve rotating the trunk on a single horizontal axis, such as many trunk twisting machines are designed to do. These machines create large shearing forces on the spine that can easily damage the disks. The forces are even greater when these exercises are performed seated.

To safely and strongly work the obliques, two of the most effective exercises are the Olympic lifts: the snatch and the clean and jerk. A study published in Physical Therapy in Sport in 2011 that compared competitive female weightlifters and a control group of recreationally active individuals found that the weightlifters had significantly stronger internal and external oblique muscles than the control group.

Another important concept in oblique training, especially for athletes, is structural balance.

The ability to rotate in one direction is neurologically influenced by how well you can create rotation in the opposite direction; the overhead squat will prevent disproportionate development of the oblique muscles and thus improve rotational ability.

For those who do not have access to the facilities and equipment required to perform Olympic lifts, you can use the overhead squat to develop the obliques. The best way to perform the exercise is to remove the bar from the squat racks. Place the bar on your shoulders as you would a back squat, step back from the rack, and then move your hands out until they are in the position used for a snatch. Kick the bar overhead, and then squat down.

Start with a stick, then an empty Olympic bar, and then start adding weight plates – I strongly recommend using collars on the bar to prevent the plates from slipping. If you have tight calves it will be difficult to perform this exercise correctly, so stretch these muscles on both a standing and a seated calf machine. In the meantime, temporarily compensate for this problem by placing small weight plates under the heels (or standing with your heels on a small board) as you perform the exercise.

There is much more to know about these three exercises, so keep learning from the best trainers and teachers you can find. Want great abs? Make sure a qualified personal trainer teaches you this trifecta of core exercises to help you win the abs race.