A Primer of Essential Amino Acids 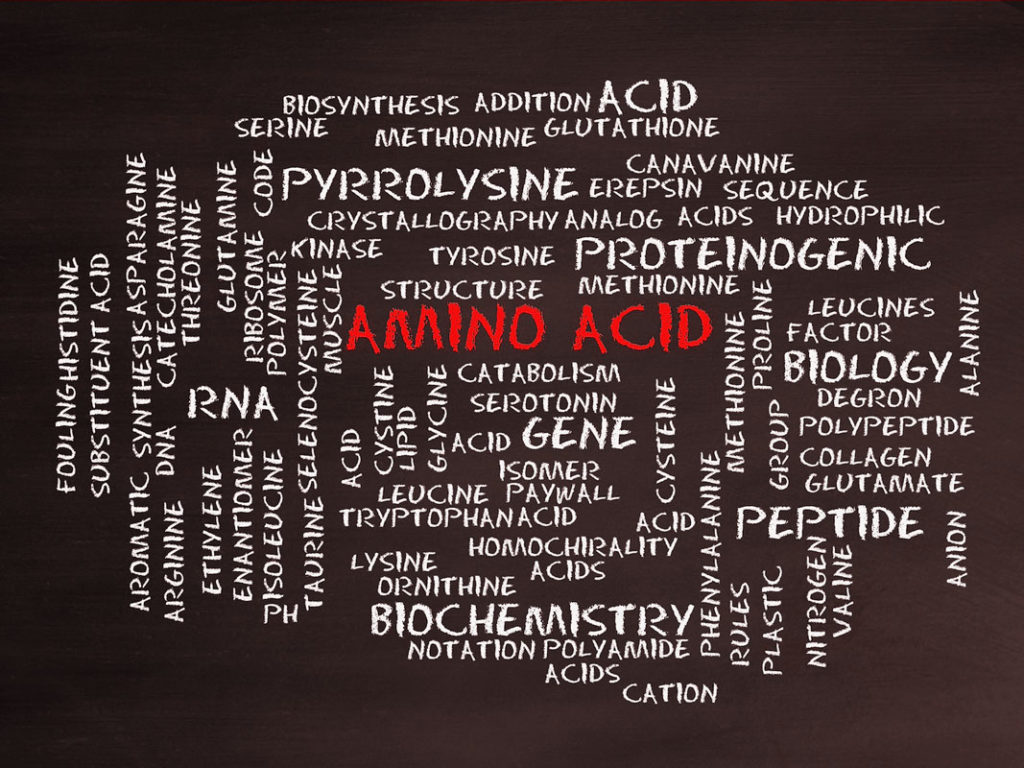 Amino acids play vital roles in the numerous functions of the body. They are the building block of protein. The body needs twenty amino acids. These build the various proteins which repair, grow, and maintain body tissues. The body itself can manufacture some of these amino acids called non-essential amino acids. But others, called essential amino acids, must be obtained through the diet. The classification of the amino acid, whether essential or non-essential, does not reflect its relative importance. All twenty of the amino acids are very important for health. This classification system is simply a classification of whether the body is capable of producing a particular amino acid. Also, all amino acids keep us vibrant, alive, and healthy. Therefore, any deficiency in a single amino acid will cause health problems. Furthermore, to fulfill its functions, replace a single deficiency.

Here are 9 essential amino acids with a brief description of each:

This essential amino acid is one of the three major Branched-Chain Amino Acids (BCAA) involved with muscle strength, muscle stamina, and endurance.  Muscle tissues use Isoleucine as an energy source. Isoleucine has a chemical composition similar to that of leucine. The arrangement of its’ atoms is different Leucine which has other properties. It is a hydro-phobic amino acid that has two chiral centers. This means there are four stereoisomers and two diastereomers. You can find it in eggs, pork, mutton, chicken, and beans.

Nutritionally one of the essential amino acids, leucine is isometric with isoleucine. You can most commonly find it in whole grains and milk. It also has a significant role in optimal growth especially in infancy and childhood. Leucine also has a role in maintaining nitrogen balance in adults. Also, the formation of hemoglobin requires Leucine. Leucine is a potent stimulator of insulin, helps in bone healing, and promotes skin healing. It modulates the release of Enkephalins (natural pain-reducers). Also, Leucine plays a major part in the maintenance of muscle tissue by equalizing synthesis and breakdown.

Growth and the maintenance of nitrogen balance in the body needs this one essential amino acid. Throughout the body, it integrates into many proteins. And appears to help the body absorb and conserve calcium. Commonly found in legumes, cereal grains and fish, lysine has a 4-aminobutyl side-chain classified together with arginine and histidine. The human nutritional requirement is 1-1.5 grams a day. A deficiency can lead to lack of niacin or vitamin B that may cause a disease called pellagra. It can actually function as a nutritional supplement to help fight against herpes.

Lipotropic in nature, methionine is considered as one of the essential amino acids. Together with cysteine, they are the only sulfur-containing proteinogenic amino acids. It has a part in carnitine and taurine synthesis (by the processes called “trans-sulfidation” pathway), lecithin production and phosphatidylcholine synthesis. Atherosclerosis can develop if there is improper conversion of such. This amino acid supplies sulphur and other compounds the body needs for normal metabolism and growth. This is also one of the essential amino acids that belongs to a group of compounds called lipotropics or chemicals that help the liver process fat. Meats, vegetables, nuts and legumes are the best sources.

This is one of the eight essential amino acids that serve as building blocks for the variety of proteins which the body manufactures. Phenylalanine can be converted to L-tyrosine and subsequently to L-dopa, epinephrine, and norepinephrine. Existing in two forms, phenylalanine are enantiomers (mirror-image molecules of one another). With a benzyl side-chain, its name derives from its chemical structure. It is composed of a phenyl group alternated for one of the hydrogens of alanine. Also, its phenyl group considers it as an aromatic compound. Its great sources are milk, avocados, legumes, nuts, and seafoods.

One of the essential amino acids that contains two chiral centers, threonine has four possible stereo-isomers and two diastereomers. Threonine can be used in a single enantiomer, and its’ side-chain can also undergo O-linked glycosylation. It can become phosphorylated through the action of the enzyme threonine kinase. Lentils, fish, meats, and cheese are its best sources. The formation of collagen requires this amino acid. Also, it helps to prevent fatty deposits in the liver. It aids in the production of antibodies. In the central nervous system, it can convert to Glycine. It also acts as a detoxifier and is necessary in the gastrointestinal tract for normal functioning. Because it may not be easily synthesized, tryptophan functions as building blocks in protein biosynthesis. A precursor for serotonin, melatonin and niacin, its functional group is indole. This amino acid is a natural relaxant. Certainly, it helps ease insomnia by inducing normal sleep. It reduces anxiety and depression, helps in the cure of migraine headaches, reduces the risk of artery and heart spasms. It helps immune system function and works with Lysine to reduce cholesterol levels. Also, it aids in the production of antibodies and can be converted into Glycine. It has been implicated to bring about schizophrenia in persons who are unable to metabolize it correctly. You can obtain Tryptophan from turkey, chicken, sesame, peanuts, and chocolates.

You can find Histidine in high concentrations in hemoglobin. Quite useful in treating anemia due to its relationship to hemoglobin. Another use is rheumatoid arthritis treatment. It has also been linked to allergic responses and has been used to treat allergies. It also assists in maintaining proper blood pH.

This amino acid is one of the three major Branched-Chain Amino Acids. Insulin significantly decreases BCAA levels. Intake of high dietary sugar or glucose causes the release of insulin which, in turn, causes a drop in BCAA levels. This amino acid competes with Tyrosine and Tryptophan in crossing the blood-brain barrier. Also, the muscle directly uses and actively absorbs this amino acid as an energy source.

Weight Loss Plan: The Goal to Go For

Are you Sleeping Enough? Better Sleep for Increased Muscle Growth!